A recognized expert in the fields of charisma and leadership, Olivia Fox Cabane has lectured at Stanford, Yale, Harvard and the United Nations. She helps audiences become better leaders with techniques she originally developed for Harvard and MIT.

Cabane is fluent in Spanish and French as well as English and can give her presentations in any one of these languages.

Olivia Fox Cabane has lectured at Stanford, Yale, Harvard, MIT, the Marine Corps War College and the United Nations. As keynote speaker and executive coach to the leadership of Fortune 500 companies, she helps people become more persuasive, influential, and inspiring. From a base of thorough behavioral science, Cabane extracts the most practical tools for business, applying the latest in global behavioral science to everyday leadership needs to improve her clients’ productivity, effectiveness and efficiency.

In addition to being a columnist for Forbes and The Huffington Post, Cabane is often featured in media such as The New York Times, Bloomberg or BusinessWeek. She has been profiled in The Wall Street Journal as well as NPR’s Marketplace show. Her course at Berkeley’s Business School was so popular that university staff had to guard the entrance to ensure that only the students admitted to that course gained entrance. Cabane previously served as director of Innovative Leadership for Stanford’s StartX program. Her first book, The Charisma Myth, published by Penguin/ Random House, went into second printing before it even launched.

Cabane has both French and American nationalities and is fluent in 4 languages; her books have been translated into 17 languages and she was the youngest person ever to have been appointed Foreign Trade Advisor to the French Government. Her upcoming book on the mental side of innovation is representative of her ability to take the complexities of psychological factors and transform them into immediately applicable leadership tools for individuals.

Charisma and Leadership: The Science of Influence, Trust and Persuasion

You only get one chance to make the right first impression. Within a few seconds, people judge your level of intelligence, trustworthiness, and social status. This happens in an instant, and yet can impact the way you’re perceived for the rest of the relationship. How can you turn this to your advantage? This session will cover the science of charisma; the keys to making fantastic first impressions, and the secrets to having that “Wow effect”, that “boardroom presence” to quickly establish credibility, trust, and rapport.

Dealing with difficult people is an unavoidable part of doing business, so it’s important to learn how to do so skillfully. When people don’t feel skilled at handling difficult conversations, they either avoid having them (when they really need to be having them) or they handle them poorly. This presentation give audience a solid framework and tools to optimally handle difficult conversation, developed within the Harvard Negotiation Project. Your audience will feel both more confident and more skilled in handling these crucial conversations.

Increasing Innovation: Getting people into the innovation mindset

Most companies have focused so far on creating the best possible culture for innovation; to have corporate environment around individual innovators. This is a wonderful start— but what if inside your innovators’ heads, mental landmines are crippling their potential? This presentation will expose the most common mental roadblocks to innovation; based on recent science. You will also gain access to cutting-edge techniques backed by sound cognitive and behavioral science to avoid these mental traps and help your people reach their full innovation potential.

Self Confidence: How to Dismantle the “Impostor Syndrome” and Silence the Inner Critic

Have you ever felt as if only half of your mind were present in a conversation; while the other half was busy beating you up? Internal self-criticism is known as one of the biggest obstacles to great performance. It’s often called the “silent killer” of business—so many good executives suffer from it, yet so few dare to speak about it. In this paradigm-shifting session, Olivia will provide key insights and practical techniques to increase your self-confidence and self-esteem. 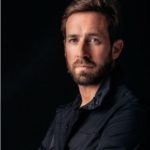 Want to bring Olivia Fox Cabane to your next event?  Please tell us a little about your event, and we will get back to you shortly!