Generate Breakthrough Ideas and Tap Into Your Natural Creativity and Innovation

Bill Stainton, CSP, CPAE is a 29-time Emmy Award winner and a Hall of Fame keynote speaker. As the Executive Producer of Seattle’s legendary comedy TV show Almost Live!, he led his innovative team to over 100 Emmy Awards of their own, and ten straight years of #1 ratings. Along the way, he worked with—and learned from—people like Jerry Seinfeld, Ellen DeGeneres, and Bill Nye the Science Guy.

Bill is the author of The Executive Producer, Lead Like the Beatles, and The Innovation Blueprint, has been cited in Forbes and The Wall Street Journal, and has been a regular columnist for Seattle Business magazine. He’s written hundreds of articles on the topics of Innovation and Creativity, Leadership, and Producing Under Pressure, in addition to authoring nine corporate training programs on subjects like Customer Service, Office Politics, and Employee Engagement. He has also written for HBO, Comedy Central, and The Tonight Show. His first book, The 5 Best Decisions the Beatles Ever Made, has been used in the business courses of several colleges and universities. Bill has also taught Leadership at the University of Washington’s Foster School of Business and Elizabethtown College in Pennsylvania, and Comedy Writing at the University of Michigan.

Professionally, Bill is a CSP (Certified Speaking Professional), the speaking industry’s highest earned international measure of excellence. Fewer than 5% of professional speakers worldwide have achieved this designation. And in 2019, Bill was inducted into the Speaker Hall of Fame, joining fewer than 190 speakers in the world in this exclusive club.

All of this from a guy who grew up behind a dairy farm in the Amish countryside of Lancaster, Pennsylvania. A strange start, perhaps, for someone who then spent 20 years in television, rubbing shoulders with celebrities and rock stars (he’s played drums with members of Nirvana, Pearl Jam, and the Who). But it all comes together on stage, where Bill brings his unique life experience to every customized program.

Bill is passionate about innovation and creative thinking. He has helped thousands of people in hundreds of organizations—like Microsoft, Boeing, and Nike—generate breakthrough ideas by tapping into their own natural creativity and innovation.

On a personal note, Bill is also a pilot and a musician, although rarely at the same time.

Bill is an experienced emcee who will entertain your audience (would you expect anything less from somebody who’s won 29 Emmy Awards for Comedy?) while keeping things running smoothly and on time. Just as important, he’ll shine the spotlight where it belongs: on your award recipients and honorees!

THE CRITICAL SKILL FOR TODAY’S LEADER! Change happens quickly in the 21st century, and the leader who can think creatively—on demand—will have the edge over the competition. That’s because right now we’re living in a world where—in the eyes of our customers, our clients, our members—the distinction between us and our competitors is razor thin. We’re living in a world where the rate of change has never been faster. We’re living in a world where the next breakthrough idea wins—and if it’s not ours, we could be one innovation away from irrelevance. The good news is that if it is ours, we could be one innovation away from brilliance! For 15 years, 29-time Emmy Award winning Executive Producer and keynote speaker Bill Stainton had to be innovative—on demand—each and every week. And he found that creative solutions are not a matter of “waiting for the lightning bolt”—they’re about specific, learnable techniques that spark innovation. Bill, the author of The Innovation Blueprint, knows those techniques because he implemented them. Every week. For 15 years. And he can teach you and your team how to implement them as well.

• Debunk—for good—the myth that some people (and some industries) just aren’t creative.

• Discover what the creative process really feels like, so that you can reproduce it on demand.

• Uncover how a Trappist monk helped to create a revolutionary, multi-billion dollar company.

Crunch Time: The Leader’s Guide to Producing Under Pressure

HOW TO BE YOUR BEST—WHEN IT MATTERS MOST! Why do some people choke in highpressure situations, while other excel? And, more importantly, how can you become the one who excels? For 15 years, 29-time Emmy Award winning Executive Producer and keynote speaker BillStainton produced under pressure—literally. As the Executive Producer of Seattle’s legendarycomedy TV show Almost Live!, Bill and his team had to produce exceptional results—on demand—week after week after week. No excuses. Each week, when the clock hit 11:30pm, they had to go on the air in front of a million people with a new show. Not a second early. Not a second late. And their jobs depended on the outcome. As leaders, your teams face high-pressure situations as well. How can you help them rise to the top when it matters most? Let them learn from the best. Let them learn from someone who’s been there. Let them learn from Bill Stainton.

LIFE IS NOT A DRESS REHEARSAL; NEITHER IS BUSINESS! How would your organization be different if everyone stopped making excuses and started producing better results in every area of their lives? Not “later,” not “some day,” but now! Because when it’s showtime, all that matters is results. And in your business, as well as in your life, every day is showtime. 29-time Emmy Award winner Bill Stainton understands this. As the Executive Producer of Seattle’s long-running, legendary comedy TV show Almost Live!, Bill and his team had to create a new show every week. And his audience of over a million viewers didn’t care if he was tired. Or wasn’t feeling well. Or was having a fight with his significant other. All they cared about—and all they needed to care about—was the show. It’s the same in your world. No excuses, just results. Bill has discovered that whether you’re producing an award-winning television show, an award-winning team, or an award-winning life, real results come down to three simple questions: What’s the show? Who’s the cast? Where’s the script?

The 5 Best Decisions the Beatles Ever Made… and Why You Should Make Them Too!

HOW TO BECOME THE GOLD STANDARD IN YOUR WORLD! What does a seriously awardwinning team look like? What does it take to lead them? And, ultimately, what does it take for your team to really make it to the top? Why not find out—and have some fun along the way!—from one of the most successful teams ever? The Beatles are the Gold Standard for success in their industry. How can you become the Gold Standard in your industry? In this entertaining, energizing, and enlightening keynote, 29-time Emmy Award winner, Hall of Fame speaker, and internationallyrecognized Beatles expert Bill Stainton combines music, video, and hilarious audience interaction to help you take your own team to the “top of the charts.” 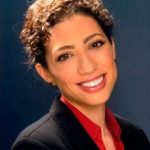 Want to bring Bill Stainton to your next event?  Please tell us a little about your event, and we will get back to you shortly!