A multi-talented powerhouse: an author, experienced presenter and seasoned performer, Devin Henderson has logged thousands of performances as an award-winning comedian and magician, and in-demand keynote speaker over his nearly two decade professional career. Devin’s passion is using his unique talents and experiences to inspire individuals and organizations to discover their greatest potential and keep going no matter what.

In 2014, Devin was honored when America’s Got Talent invited him to audition in Hollywood for Howard Stern, Heidi Klum, Mel B and Howie Mandel after the producers saw videos of his magic performances on YouTube. Although he did not pass the audition and the segment never aired, it was an amazing and pivotal moment in Devin’s career and life. The America’s Got Talent let-down, coupled with other competition losses, helped shape the message he now shares with his audiences about accepting disappointing experiences as teachable moments and spingboards to something greater.

Anyone who meets Devin soon learns there are always new levels of potential available to them, and achieving greatness in work and in life requires commitment, risk, perseverance and is a daily, on-going process. Devin helps people define and strive for their best all while maintaining positivity, humility, a sense of humor, and most importantly, a vision for new possibilities. To share this message, Devin’s full-length keynote includes a unique combination of magic, storytelling, and audience interaction that audiences have called “unreal,” “unexpected,” and “unforgettable.”

Devin is a CSP (Certified Speaking Professional), a designation conferred by the National Speakers Association on those who have earned it by meeting strict criteria. Think of CSP as the black belt of public speaking. Devin began his entertainment career in 2004 as a comedy magician and soon after began using his comedy and magic to inspire audiences of professionals across the United States.

What originally inspired Devin to become a performer? From piano recitals at age 6, to magic in talent shows at age 12, to drumline competitions in high school and eventually becoming an award-winning magician and professional speaker, Devin has always been passionate about uplifting audiences and sharing what it really takes to perform at your very best.

Devin is happily married to the world’s most amazing woman and they have six daughters. Yes, six. Daughters.

Something Greater is Always Possible

For many people a once-held vision of unlimited possibility gets small and limited as a result of life’s daily stressors, persistent insecurities, self doubt, isolation and even failure. But what if we could reclaim and even expand our full potential at any time? Join seasoned speaker and performer Devin Henderson for an unforgettable experience of entertainment meets inspiration. Part magic & mentalism show, part inspirational keynote, take a break from the worries of the day while breaking free of perceived limits, as your organization discovers the mindset and practices to realize their greatness like never before.

Devin Henderson’s Featured Keynote Experience, Something Greater is Always Possible, is not only interactive, but takes advantage of the unique interaction opportunities that are only possible in a virtual setting.

How Devin will interact – and engage- with your audience virtually:

1. The Magic of “On-Stage Seating”

2. The Magic of Humor

3. The Magic of an Engaged Chat

4. The Magic of an Inspiring, Relevant Message

Finally, here are two recent virtual presentation testimonials. A written testimonial from an event planner, below, and a video testimonial that you can view here.

“The careful weaving of humor, motivation, mentalism, and magic made for a once in a lifetime experience. And all that via Zoom! I went to a huge HR conference once and Jay Leno was the “special.” I’d pay for Devin over Jay based on last night’s performance any day!”

Something Greater is Always Possible from Devin Henderson on Vimeo. 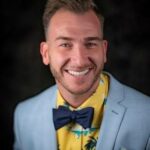 Want to bring Devin Henderson to your next event?  Please tell us a little about your event, and we will get back to you shortly!