A masterful speaker, consultant and businessman, Derek Dickow excels at artfully forming and maintaining connections with people who positively impact others – personally and professionally.

Thanks to his extensive background in business, politics and philanthropy, Derek has relationships with some of the country’s top innovators. His formula for cultivating connections is the secret to his success and what led him to create The 5 Pillars of Purpose-Driven Networking.

Derek Dickow connects people with opportunity. Derek is a world-class networker known for facilitating high potential introductions. He is a passionate fundraiser, raising millions of dollars for people, projects, political campaigns and charities he’s passionate about.

Today, Derek serves as the founder and president of Steward Media, an event management, fundraising, and political relations firm promoting best-in-class people, organizations and events. Clients include elected leaders, CEOs and some of the most innovative thinkers.

Derek is a highly sought-after professional keynote speaker, sharing his expertise on power connections and his “5 Pillars of Purpose-Driven Networking.” Derek serves on several boards and has been honored with many business and leadership awards.

While he is based in Southeast Michigan, Derek’s connections and engagements take him all around the country. Whether he’s speaking in Detroit or Miami, he always strikes a chord with his audience. Derek’s local accolades include being recognized as part of Oakland County Executive’s Elite 40 Under 40 and DBusiness Magazine’s 30 in Their Thirties.

Fifth Third Bank
I know Derek wanted each of us to come away with at least one takeaway, and I believe you far exceeded that. I really appreciated his presentation style and real-world examples, which made the content resonate.
Belle Tire
Derek did a great job at our networking event. He had a very thorough understanding of our culture and provided our team with practical, real-life examples for successful goal setting and networking. It was evident that he believes in the material presented, which gave him the ability to connect on a personal level with the team. Derek is highly engaging, and every point made during the presentation connected in a positive way with our participants. I would highly recommend Derek.
Small Business Association of Michigan
Thank you for bringing enthusiasm and expertise to the Small Business Association of Michigan’s Leadership Council. Derek’s keynote was of great benefit to a dynamic group of business leaders from across the state. We received very positive feedback from attendees who found his session informative and useful. I noticed that they were highly engaged and attentive, and I expect that these business owners will take what they learned and put it into practice as they continue to build their businesses. I look forward to working more closely with Derek in the future and would highly recommend other organizations do the same.
Related Speakers 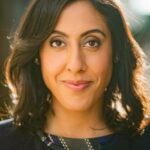 Want to bring Derek Dickow to your next event?  Please tell us a little about your event, and we will get back to you shortly!