Stacey is founder of Stacey Hanke Inc. She has trained and presented to thousands to rid business leaders of bad body language habits and to choose words wisely in the financial industry to the healthcare industry to government and everyone in between. Her client list is vast from Coca-Cola, FedEx, Kohl’s, United States Army, Navy and Air Force, McDonald’s, Publicis Media, Nationwide, US Cellular, Discover, GE, General Mills and Abbvie. Her team works with Directors up to the C-Suite. In addition to her client list, she has been the Emcee for Tedx. She has inspired thousands as a featured guest on media outlets including; The New York Times, Forbes, Entrepreneur, Thrive, SmartMoney magazine, The Economist and Business Week.

She is a Certified Speaking Professional—a valuable accreditation earned by less than 10% of speakers worldwide.

How will you influence your listeners to act on what you have to say? Whether you’re influencing through a presentation, meeting, sales call,conference call or face-to-face conversation, how you deliver determines whether others see you as credible, knowledgeable and trustworthy. Without doing this effectively, you inhibit your maximum potential to: influence, increase profits and cultivate long-term relationships. This highly interactive session will help you eliminate the static that plagues communicative delivery —to persuade, sell your ideas, influence or simply effectively communicate face-to-face with a clear message.

The Art of Mentoring Building a Peak Performance Team (Breakout)

We’re hearing a lot about corporate mentoring and with good reason: Comprehensive studies have shown that when training is followed by mentoring, productivity increases by 88 percent. The Art of Mentoring delivers lifelong strategic tools for improving productivity and the effectiveness of both individuals and teams. 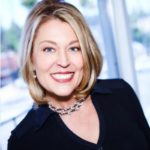 Want to bring Stacey Hanke to your next event?  Please tell us a little about your event, and we will get back to you shortly!