Shasta Nelson is a keynote speaker, author, and leading expert on friendship and healthy relationships at work.

Frequently featured in the media as a popular resource on healthy relationships and the increasing epidemic of loneliness, Shasta has been interviewed live on several television shows including Katie Couric’s Katie, Fox Business, The Early Show, The Today Show, and The Steve Harvey Show. She has also been featured in countless national magazines like Good Housekeeping, Real Simple, and Health; and interviewed for prominent newspapers like The New York Times, The Washington Post, and The Los Angeles Times.

Shasta was selected by Facebook to be their media spokesperson and friendship expert for Friends Day 2018.

Shasta’s third book The Business of Friendship: Making the Most of the Relationships Where We Spend Most of Our Time will be published by HarperCollins Leadership in the summer of 2020.

Her Three Relationship Requirements have been featured in her popular TEDx talk and are widely praised for helping break down relationships in ways everyone understands.

Relationships are central to everything we do. And although the world may seem hyper-connected these days, mental and physical experts report we’re actually in a loneliness epidemic. For most of us, our loneliness isn’t from lack of interaction, but from lack of friendship intimacy, or frientimacy.

This signature talk by Shasta Nelson reveals research around three important requirements for every healthy relationship.

Compiling what we know about what bonds people, how healthy teams work, what builds trust, and why we feel closer to some people, there are three nonnegotiables that can start, deepen, and repair any relationship. Each audience will learn how to best assess their relationships, and learn what actions they can to take to overcome their loneliness and create more meaningful community in their lives.

As a result of this program, attendees will:

• Describe the three requirements of relationships

The Business of Friendship: Making the Most of Our Relationships Where We Spend Most of Our Time

Did you know that employees who have meaningful relationships at work are seven times more likely to be engaged in their job, treat customers better, take fewer sick days, have fewer workplace accidents, share their opinions and collaborate more, and feel more committed to their current company?

Creating an environment where friendships are encouraged and nurtured benefits both the company and the employee.

Meaningful friendships at work are effective solutions for employee retention, increased engagement, customer service, and increased revenue. Employees who have friendships at work (where they spend more time than any other place) show an increase in good health and overall happiness in all aspects of their lives.

This fun and interactive presentation teaches the best ways to build a culture of friendliness in appropriate, effective, and healthy ways.

Customized for each audience, attendees will:

Relationships: The Health Factor More Important than Treadmills and Kale

Feeling disconnected is as damaging to our health as smoking 15 cigarettes a day; twice as harmful as being obese; and is the equivalent of being a lifelong alcoholic.

Research continues to show that the most significant factor to our longevity, mental health, disease prevention, and happiness is our relationships – and yet the health industry continues to focus largely on diet and exercise.

This inspiring keynote will energize the audience with research, stories, and Shasta Nelson’s groundbreaking work on how to increase the depth in all our relationships.

As a result of this program, attendees will:

• Acknowledge their own need for greater relational health

Apart, But Not Alone: How to Feel Supported and Connected While Working from Home

It’s one thing to figure out the digital infrastructure needed to maintain communication and productivity, but it’s quite another thing to maximize interactions in a way that leaves everyone feeling seen and supported.

Just because you might have to work apart, doesn’t mean you have to feel alone.

This inspiring and interactive program will energize with research, stories, and Shasta’s groundbreaking work on how to increase the depth in all our relationships.

As a result of this program, virtual attendees will:

All participants receive a mini toolkit with tips for practicing better connection after the workshop! 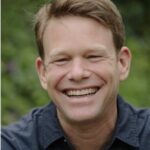 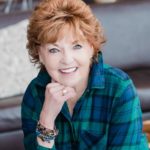 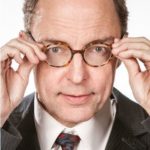 Want to bring Shasta Nelson to your next event?  Please tell us a little about your event, and we will get back to you shortly!