Futurist and expert on the topic of change

FutureThink CEO Lisa Bodell ranks among the Top 50 Speakers Worldwide and is the best-selling author of Kill the Company and Why Simple Wins. She’s a global leader on simplification, productivity and innovation, whose keynotes leave audiences inspired to change and arms them with radically simple tools to get to the work that matters.

Bodell brings a compelling perspective to the sought-after topics of simplification and innovation to over 100,000 people each year. A thought leader and serial entrepreneur, her transformational message has inspired executives at top-ranked organizations such as Google, Cisco, Citigroup, and the U.S. Navy War College.

Based on her best-selling books, Kill the Company and Why Simple Wins, Lisa provides a provocative yet practical approach that enables organizations and individuals to eradicate the unnecessary complexity and time-sucks that hold them back from more meaningful work, and allow simplicity to become their new operating system.

Bodell has contributed her expertise to a wide variety of media. She is a monthly contributor to Forbes and has frequently appeared in other media including: Fast Company, WIRED, The New York Times, Inc., Bloomberg Businessweek, Harvard Business Review, The Huffington Post, FOX News, and CNN. She has also been featured in many major books such as Warren Berger’s A More Beautiful Question, Adam Grant’s Originals, and After Shock, the upcoming 50-year celebration based on futurist Alvin Toffler’s Future Shock.

Bodell has taught innovation at both American University and Fordham University, and has a TED talk on the topic. She has served on the board of advisors of several organizations, including the Global Agenda Council for the World Economic Forum, the United States National Security Agency, the Association of Professional Futurists, and the Novartis board of Diversity & Inclusion.

DRIVE GROWTH AND INNOVATION 40 Ways to Reinvent Your Business

Never lt a crisis go to waste and reinvent your business RIGHT NOW.

Whether you’re suddenly faced with a burning platform or taking this critical time to slow down and reflect, now is the perfect time to reinvent your business. Learn how to:

The best innovation come from times of change and resource constraint.

Let these instances fuel success with 5 easy methods for fast change. Learn how to:

Curiosity as your Next Competitive Advantage

Get to the work that matters with mind-blowing, tips that get you hours back in your life for more important things. Learn how to:

COLLABORATE EFFECTIVELY The Power of Perspective

Innovation happens when diverse ideas are shared — and heard. How are your leaders creating an environment where more voices are included? In this talk, we learn how winning organizations creatively engage diverse audiences, unique perspectives, and build a culture where people can better express their thoughts. You’ll leave with unique techniques to engage a wider range of people and ignite the innovative ideas you need.

You’re WFH and want to better engage your team – but how? Learn how to:

From 100 to 5000+ participants, captivate your audience immediately with a range of interactive and thought-provoking techniques that leave people wanting more:

• Live polling questions and custom results discussed on the spot

• Thought-provoking diagnostics for all participants

• Attention-grabbing tips and tricks that provoke teams to take action

SAP
You rocked it! One of the best conversations of the conference
P&I
Lisa Bodell was the absolute perfect closing keynote for my company’s annual conference which was being hosted virtually for the first time in its 30+ year history. She is a natural on-camera, which is super challenging to pull off in a virtual environment. Lisa did a great job delivering an interactive program that kept the audience engaged from start to finish.
Dynata
P&I
Fidelity
Lisa was very well received – our CEO Gary Norcross was apparently inspired by Lisa!
Related Speakers 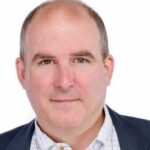 Want to bring Lisa Bodell to your next event?  Please tell us a little about your event, and we will get back to you shortly!