Discovered a unique approach to dealing with the fear of rejection

Jia Jiang is a top resilience keynote speaker with one of the most viewed TED Talks, bestselling author of Rejection Proof, and the 2019 winner of Toastmasters International Golden Gavel award. Jiang is famous for doing 100 Days of Rejection, which became the basis of his Amazon bestselling book Rejection Proof: How I Beat Fear and Became Invincible Through 100 Days of Rejection. In his book, website, and talks, Jiang provides inspiration and knowledge for people and organizations to become fearless through rejection training.

Some of Jia’s engagements include Fortune 1000 and strategic clients such as Allstate, Dell Technologies, Diebold Nixdorf, Google, Visa, and Johnson & Johnson.

Jia Jiang is the owner of Rejection Therapy, a website that provides inspiration, knowledge and products for people to overcome their fear of rejection. He is also the CEO of Wuju Learning, a company that teaches people and trains organizations to become fearless through rejection training. Additionally, Jiang authored the Amazon bestselling book, Rejection Proof: How I Beat Fear and Became Invincible Through 100 Days of Rejection and is one of the most viewed TED Talks. In 2019, Toastmasters International awarded Jiang the Golden Gavel, which is given annually to honor the best keynote speaker in the industry.

Several years after Jiang began his career in the corporate world, he took a life-altering risk and stepped into the unknown world of entrepreneurship. His result was everyone’s biggest fear: rejection. This was the catalyst that set Jiang on the path to his true calling.

To conquer the fear of rejection, Jiang embarked on a personal quest and started a blog, 100 Days of Rejection Therapy. His journey revealed a world that was hidden in plain sight — a world where people are much kinder than we imagine. He discovered that rejection can be much less painful than we believe and that the fear of rejection is much more destructive than we know. He has turned his rejection therapy into the phone app: Dare Me.

Jiang grew up in Beijing, China and migrated to the United States at age 16. He holds a Bachelor of Computer Science from Brigham Young University and a Master of Business Administration from Duke University.

What You Can Learn From 100 Days of Rejection

The fear of rejection can hold you back. Our natural tendency is to avoid it at all costs which can be detrimental to our businesses, careers, and lives. In 2012, to overcome his own fear of rejection, entrepreneur Jia Jiang started an experiment to be rejected every day for 100 days. The result became the basis of his #3 viewed TED talk of 2017 and bestselling book:Rejection Proof. In this engaging presentation, Jia shares stories from his rejection experiment to teach you the importance of becoming rejection-proof, the basic principles of turning a NO into YES, as well as how to get more YESes.

DIVERSITY, EQUITY, AND INCLUSION - REACH BEYOND YOUR BOX

Based on race, gender, education, and cultural background, society has put us into different boxes and tagged us with stereotypes and expectations. Equally damaging, however, are the ways we also conform to these boxes in unconscious ways. As an Asian American who has broken multiple boxes, Jia takes on the DE&I topic with a unique two-way approach for both organizations and individuals.

For organization leaders, Jia helps them to understand and actively install a fearless box-breaking culture. And for employees, Jia challenges them to seek opportunities to influence beyond their box.

Workshop: The Power of Rejection

Based on his #1 bestselling book – Rejection Proof, this workshop takes a deep dive into rejection-proof principles to expose attendees to techniques in overcoming fears. The audience will learn to turn rejection to advantage, how to give rejections, and to get more acceptances. They will also go through “Rejection in the Wild” – an unforgettable, real-life rejection-seeking exercise. This workshop is 1-4 hours long.

A program that combines both the keynote speech and workshop. This option is the most popular among our enterprise clients. This workshop lasts 2-4 hours.

A Day of Rejection Therapy

This event thoroughly prepares attendees for any obstacles that come their way. They will take a deeper look at the principles of rejection and then apply them. This option is perfect for organizations hosting multi-day events for clients and employees. 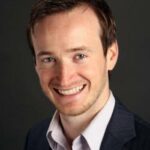 Want to bring Jia Jiang to your next event?  Please tell us a little about your event, and we will get back to you shortly!