Caroline Adams Miller, MAPP has been a pioneer with her ground-breaking work in the areas of goal setting/accomplishment, grit, happiness and success.

Caroline is one of the world’s leading experts on the science behind successful goal setting and the use of ‘good grit’ to achieve hard things. For more than 30 years, she’s been sharing her research-backed, actionable strategies to help people cultivate more grit and dig deeper to clarify and achieve their toughest goals.

Achieving hard goals is one of the most rewarding things we can do in both our personal and professional lives.

In her keynote presentations and workshops, Caroline blends her personal experience, real-life timely examples, and the latest research in the field of positive psychology, to come up with practical applications that allow for maximum transformation, growth and flourishing in people’s lives. Caroline leaves her audiences with tangible takeaways and actions they can use to create their own happiness and success.

Angela Duckworth, winner of the 2013 MacArthur Genius grant for her research on grit, said of Caroline: “I don’t know anybody who has thought more than Caroline about how to apply the scientific research on grit and achievement to our own lives!” Caroline takes Angela Duckworth’s research on grit a step further by distinguishing between good and bad grit – not all grit is created equal. In Caroline’s latest book Getting Grit, she describes four types of ‘Good Grit’ – Mt. Rushmore grit, Mt. Olympus grit, Celebrity grit and Ordinary grit – and three types of ‘Bad Grit’ – Faux grit, Selfie grit, and Stupid grit. Caroline defines Authentic (‘Good’) Grit as “the passionate pursuit of hard goals that awes and inspires others to become better people, flourish emotionally, take positive risks and live their best lives.”

Caroline has a Masters of Applied Positive Psychology from the University of Pennsylvania, graduated magna cum laude from Harvard, and teaches at the University of Pennsylvania’s Wharton Business School’s Executive Education program. She was an adjunct lecturer in Positive Psychology and coaching at NYU’s School of Continuing and Professional Studies, and at the University of Texas-Dallas School of Management for almost a decade. She facilitates webinars and training for dozens of organizations, including the VIA Institute on Character about well-being, productivity, grit, and success. Caroline was one of the first happiness experts to join and advise Happify, the premier digital platform offering evidence-based resilience solutions for employers and health plans.

Although she didn’t have a word for it at the time, Caroline used “grit” to help overcome her personal battle with bulimia. As a young teen she became addicted to binging and purging behavior, and it resulted in an 8-year hidden battle until she hit her last bottom at the age of 22. A chance encounter at a self-help compulsive eater group with a recovering bulimic named “Betsy” gave Caroline the hope she needed to start her journey of recovery one day at a time in 1984. Ultimately, Caroline’s story became the international bestseller “My Name is Caroline” (Doubleday 1988), and was the first autobiography to give others hope that recovery was possible. Caroline’s courage has been credited with creating more open dialogue between sufferers and their loved ones, and was followed up in 2013 with “Positively Caroline” (Cogent 2013) about her unbroken decades of recovery. She remains passionate about helping others overcome eating disorders and addiction, and has spoken as part of sessions for the Child Mind Center NYC, Project Heal, the National Association of Anorexia Nervosa and Associated Disorders (ANAD), and more.

Caroline is also known as the founder of ‘The Awethentic Effect’ which explains the infectious impact of witnessing or hearing about someone accomplishing a hard goal. And she pioneered the #Share222 movement which encourages women to share other women’s stories of success on two social media platforms at least twice a week as a way bring light to the accomplishments of women in order to build each other up.

Caroline is the author of six books, including the bestselling My Name is Caroline (Doubleday 1988), which was an Alternate Selection of the Literary Guild, and Positively Caroline (Cogent 2013), its sequel. Creating Your Best Life (Sterling 2009), is the first mass market self-help book on the science of happiness and how it intersects with the science of accomplishing goals. It is popular in the mass market and is also used as a textbook in numerous coaching and Positive Psychology classes around the world. The “father of Positive Psychology,” Martin Seligman, lauded Caroline’s scholarship in his book Flourish, noting that she had “added a major missing piece to the world of coaching” because of her ground-breaking and evidence-based connection between Positive Psychology and success. Her workbook, Your Happiest Life, is a four-week guide to help users learn how to set and accomplish goals in a step-by-step way through science-based activities and proven techniques. Caroline’s newest book, Getting Grit (Sounds True 2017), discusses why the character strength grit is so important to a flourishing life, who has it, and how to cultivate, amplify, and teach it. Live Happy Magazine named Creating Your Best Life one of the top 10 goal setting books ever published and Getting Grit one of the 10 books that would change your life in 2017. Caroline’s books have been translated into German, Korean, Spanish, Chinese, Japanese and Italian.

Caroline’s work has been featured in hundreds of magazines, newspapers and other media around the world including BBC World News, The New York Times, The Washington Post, NBC, NPR, CNN, and more. She was the first Positive Psychology expert to bring coaching and happiness to satellite radio via XM with her “Positive Tip of the Day.”

For two decades, Caroline has coached hundreds of individuals, from senior executives to professional athletes, and parents to politicians on how to identify their character strengths, get more grit and achieve their goals. She is a Professional Certified Coach (PCC) through the International Coach Federation. In 2015, Caroline was named “one of the 10 Positive Psychology coaches to follow.”

Caroline is a top-ranked Masters Swimmer in multiple events and has a black belt in Hapkido. Caroline lives with her family in the Greater Washington, D.C. area.

Getting Grit: Put Passion, Perseverance and Purpose to Work!

In times of greater complexity, ever-increasing regulation and competition, organizations need people who can weather these challenges and not just be productive—but actually thrive. People who are resilient in times of change. People who have GRIT.

Grit is passion and persistence in pursuit of long-term goals. Research confirms: Grit is the secret to success.

As company goals get more challenging every year, achieving them will take even more grit. But HOW do people become grittier?

Caroline Adams Miller, MAPP, is an expert on Positive Psychology and the foremost authority on how to apply the science of grit and achievement to our lives. Caroline shares timely examples, stories and research-based insights that your audience will put to use to reach their highest goals!

After attending this energizing and inspiring talk, your audience will:

• Understand what grit is and why it’s important.

• Recognize the difference between good and bad grit.

• Cultivate grit to help them stay resilient and persevere in the face of difficulties.

• Be inspired to stretch beyond their comfort zone.

• Create a culture of grit that encourages people to make their best efforts. (Leadership version)

• Spot grit in others and hire for grit. (Leadership version)

The New Science of Goal Setting: How to Achieve Game-Changing Results

Goal-setting is a basic business fundamental. Everyone knows how. Or do they? Everyone uses metrics but the world is still full of missed goals, failed objectives, and tarnished brand names. That’s because we’ve been using a goal-setting approach based on thin air, not science.

What could your team achieve by using a proven, research-based approach to setting and achieving goals? Effectively setting goals can leapfrog you ahead of your competitors. The right goals help you adapt more quickly to a changing environment and help ensure success in new markets.

Caroline Adams Miller is a renowned thought leader on the transformational power of setting the right goals at the right time. She studied the science behind successful goal setting at the University of Pennsylvania, where she received a Masters in Applied Positive Psychology. Caroline uses riveting storytelling, her infectious enthusiasm, and science-based techniques to empower your audience to set meaningful goals—and achieve them!

In this fast-paced and energizing talk, your audience learns practical steps to improve their goal setting, including:

IDEAL AUDIENCE: Business leaders, sales managers, anyone who is required to create and accomplish goals in their job. Specific audiences have included: sales teams; multi-level marketing distributors; professionals such as lawyers, financial advisors, and accountants; athletic groups; and entrepreneurs.

Creating Your Best Life - In and Out of the Office: How Women Can Pursue Meaningful Goals and Live with No Regret

Hidden talents. Unused strengths. Unrealized goals. Women are often so busy meeting everyone else’s expectations that their own professional and personal goals get left behind. Unexpressed talents often make us restless and dissatisfied.

Now is your time to go for it! The happiest people wake up each day with clear, hard goals that provide meaning and purpose.

Goal setting expert Caroline Adams Miller, MAPP, inspires women to put their innate strengths to use. She encourages women to become their authentic, ideal selves—not just who they feel they “ought” to be—and provides proven techniques to help them reach their full potential.

Caroline shares stories of women from all over the world, whose actions, habits, mindset and grit fueled their amazing accomplishments. And she combines leading-edge research with storytelling that paints a picture of possibility. Female leaders are inspired to take positive risks, and have the passion, persistence, humility, and courage to achieve their toughest goals.

In this fast-paced, energizing and research-based session, female leaders learn practical steps to create their best self in and out of the office, including how to:

Be someone who people tell inspiring stories about! After this stimulating session, you’ll have the courage to create your best life. You’ll be eager to reach beyond your comfort zone, achieve your goals, and become your best possible self!

Although the word “awesome” is thrown around a lot in today’s society, experts say that we have become “awe-deprived” in recent years due to cheating scandals in sports and business, and overall lowered standards for excellence. The millennial generation, however, was raised with abundant praise, leading to concerns that when their performance reviews aren’t “awesome” they feel discouragement and demotivation. Easy goals and low standards for excellence can actually prevent people from becoming awesome. According to the most current research, when people are truly awe-inspired by extraordinary behavior and events, they are profoundly impacted, and are more likely to work hard, be hopeful, and be kind to others. Grit is also an essential element in being awesome, and specific character strengths that undergird gritty behavior can be cultivated to support becoming one’s best self. Using research and stories of gritty people, Caroline weaves together a variety of information that leaves “Gen Z” students, parents, and teachers understanding the importance of hard goals, gritty behavior, and why inspiration is a necessary ingredient in a flourishing life.

During the programs, Caroline explains and facilitates: 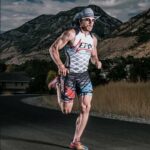 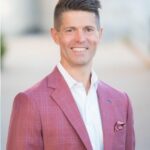 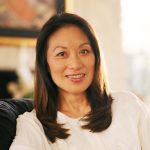 Want to bring Caroline Adams Miller to your next event?  Please tell us a little about your event, and we will get back to you shortly!