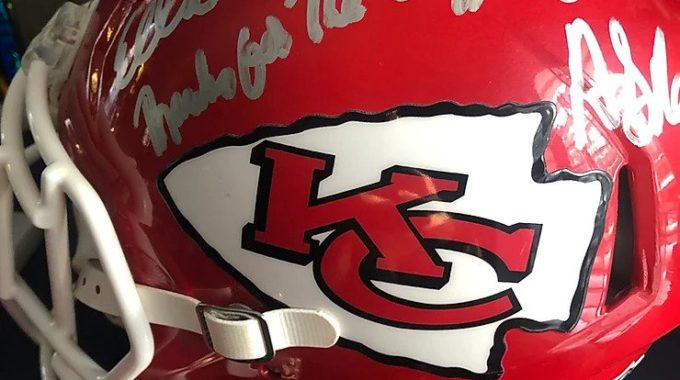 Before Wednesday, the last parade I actively watched was the Philadelphia Eagles Super Bowl parade through downtown Philly two years ago. I should have been there, either as a journalist or a spectator among the nearly two million fans who celebrated the Eagles first-ever Lombardi Trophy.

Instead, I was in a hospice facility in North Carolina with my father.

At his core, my father, Neill McGeachy, was a coach. He spent the early part of his career coaching college basketball at Duke, Wake Forest and Davidson. Later, he coached others as the athletic director of his alma mater Lenoir-Rhyne University. His impact on sports in North Carolina was so vast that last year he was inducted into the N.C. Sports Hall of Fame.

Among the many, many things my father taught me is that all coaches are pretty much the same, fueled by competition, repetition, insecurity and the relentless pursuit of greatness. They frequently operate under the assumption that they are about to get fired or, worse, outworked by a competitor. And they are, usually, the quintessential insecure overachievers.

My father and I watched the Eagles victory parade on the television in his hospice room. Periodically, I would step out and go to the family lounge down the hall. It was rough. I was balancing a host of emotions. My father was dying of a terminal lung disease we had only found out he had days earlier. ESPN had laid me off nine months prior. My contract expired the day after the Super Bowl, so my income was disappearing. And my hometown team, which I’d covered for 15 years, had just won it all.

My father died mere hours after the confetti fell in Philadelphia, after Jason Kelce electrified the crowd with his impassioned speech and after Nick Foles hoisted that gleaming trophy toward the sky.

It was horrible and quite amazing.

So I watched the Kansas City Chiefs Super Bowl parade with another host of emotions. It was a stark reminder that another hard anniversary is approaching. It also was validation for a man I’ve known for nearly 18 years.

I met Kansas City Chiefs head coach Andy Reid in 2003 when I was a sports reporter at The Philadelphia Inquirer and he was the head coach of the Philadelphia Eagles. Slowly over time, we built a strong relationship. I was pregnant twice in Reid’s locker room, and he once told me in a quiet moment that he admired what I was doing, having and raising young children while working a challenging job in a male-dominated industry. His mother had done the same. He knew how challenging it was.

I was there for three of Reid’s NFC title games as the Eagles coach, including the one he won after the 2004 season to reach his only other Super Bowl. I was there in Jacksonville when Terrell Owens had a performance for the ages, only to see the Eagles fall short and lose to the New England Patriots. I was there for so many of Reid’s wins, for Donovan McNabb and Brian Dawkins and Michael Vick, and for so many of the losses. And I was there one glorious Friday morning in August 2012, when Reid greeted me at the Eagles training camp at Lehigh University like he always did: “How’s your family?” he said.

Two days later, Reid’s family irreparably changed. His oldest son Garrett died of a drug overdose in a dorm room at Lehigh. It was a parent’s nightmare and so unspeakably sad.

After the Eagles fired Reid following that season and what he called 14 “dog years” in Philadelphia, Kansas City was the perfect landing spot for Reid.

Change, even forced change, can reinvigorate a person, and it did Reid. We sat together on the first day of his first Chiefs training camp in 2013, and he was happy, relaxed and in a way reborn. He had surrounded himself with confidantes from Philly, men he knew and who knew him. He trusted they would do their jobs so that he could do his, which included getting back to designing and calling offensive plays.

Over the years, Reid has surrounded himself in Kansas City with his large family that includes his other four children and a bevy of grandkids. If you watched the postgame festivities after the Chiefs beat San Francisco to win the franchise’s first Super Bowl in 50 years, you saw a family’s love for their patriarch. And then the love and gratitude from the NFL community and beyond cascaded on Reid.

Andy Reid deserves this. He earned it, through sacrifice and dogged work and perseverance. He has meant so much to so many, including me. The day ESPN laid me off in April 2017, Reid was one of the first people to reach out and offer encouragement and help. He consoled me a couple of weeks after my father died. He gets it. He, too, has experienced significant loss.

I’ve come to believe that great success can come after great adversity as long as you stay true to your core beliefs. For me, that means always building and nurturing meaningful relationships, listening, operating with integrity and believing the impossible is possible. And, most importantly, never giving up no matter what happens.

Reid didn’t quit. He didn’t stop. He got his parade. It’s another I won’t ever forget.

RELENTLESSLY POSITIVE: The Constant and Unabating Application of Effective and Productive Optimism by Pamela Jett

This week, we are excited to feature a guest blog from speaker Pamela Jett!  Thanks…

Welcome to Our New Site

Use Music to Jazz up Your Next Meeting

“When it’s done right, music is the secret ingredient for a killer presentation”