Jeff Civillico’s decade-long career is a powerful testament to a singular path – a path which pairs the happiness of following one’s dream – in this case, live entertainment – with the success of transforming such a passion into a successful career.

In show business, you are judged not only by the quality, but also by the frequency of your work. It’s one thing to be a comedian or juggler or magician. It’s quite another thing to actually perform with such frequency and caliber of gig to take that love and make it work to support you and fuel you. At only 27, Jeff has worked. A lot. He has performed on the world’s most luxurious cruise liners from the Disney Magic to the Queen Mary II; he has performed at The White House, The Kennedy Center, The Ronald Reagan Building, etc. Recently named a finalist at the Las Vegas Comedy Festival, Jeff appears regularly in Las Vegas in shows such as V: The Ultimate Variety Show, The Improv at Harrah’s and in Nathan Burton: Comedy Magic.

His exuberant brand of comedy combined with his sheer athletic ability produces an unbelievable audience experience Jeff dubs “Comedy in Action.” Among his many honors, he is President of the Georgetown Club of Las Vegas, Director of Marketing for the National Speaker’s Association Las Vegas Chapter, and a gold medal winner in his division at the International Jugglers’ Association World Championships. With this multi-faceted background, Jeff Civillico created his “Branding Your Passion” keynote and has begun work on his flagship book espousing his “5 Ps of Success” – Passion, Personal Brand, Power Team, Plan, and Perform.

Such accomplishments are all the more remarkable given that Jeff began his career in a most unassuming manner. He wasn’t born into an entertainment family. He didn’t attend a performance school to learn his skills. He simply pursued a passion… a passion for being in front of a live audience that can be traced back to age 11 when Jeff was chosen as a volunteer in a street performer’s show. The rush of the crowd, the heat of the spotlight… Jeff was hooked!

Jeff has come a long way since his first paying gig— a Cub Scout banquet show at the age of 13 where he received $80 for his performance. At age 15, he was a regular summer performer at the Baltimore Inner Harbor Amphitheater… learning very quickly to work and control a crowd. Jeff’s older brother, John, drove him from their home in Philly each day, and each night they split the pot. Next came two exciting summers entertaining at the theme park, Busch Gardens Williamsburg. After performing six shows a day, six days a week there, Jeff was starting to learn what it taeks to keep an audience entertained.

After graduating from Georgetown University with honors in 2005, Jeff continued to hone his craft and develop his on stage persona, and arguably as important, his off stage brand. His performance style today can be described as a fusion of the physicality of Jim Carrey, the wit of Steve Martin, and the likability of Brian Regan—all of whom Jeff views as role models.

Jeff’s confident, spontaneous nature makes him an ideal master of ceremonies. Corporate events require an emcee who is polished, professional, and able to adapt to on-site changes. Did the dinner start late? Did the speaker finish early? Did the schedule change at the last minute? No problem. With Jeff as your emcee, rest assured your event will be a smooth success from start to finish!

2) “Backline” – BACKLINE is a music TV series that gives fans an intimate glimpse into the personal stories behind their favorite musicians who share their previously untold stories of writing, recording and touring as they play their favorite hits. I’ve interviewed Blues Traveler, Third Eye Blind, Neon Trees, and many other bands.

Power of the Pivot

Jeff’s journey from juggling in his kitchen as a child to headlining in Vegas with own TV show is naturally inspiring, and his passion is naturally contagious. His story of fighting through the cutthroat politics of the entertainment industry is eye-opening, humorous, and powerful. Jeff shared how through a series of strategic “pivots” along his career path, he has continuously leveraged what he has had to flip hardships into assets. Attendees walk away with actionable insights on how and when to apply pivots of attitude, energy, and mindset to their work and personal lives.

So often we think of a career in a given industry as the ending point. We want to get a certain job for a certain reason – title, status, money, respect, etc. If we go through X amount of schooling, jump through X amount of hoops, get X amount of clients, then we will arrive at the profession / position we want and therefore be happy. What if we flipped that mindset? What if acquiring that position or desired career wasn’t the end, but just the beginning?

In “Work That Matters,” Jeff uses his own personal story of leveraging his Vegas show platform to create more meaning in his work and life than he could ever have imagined starting off on his career journey. The programs that evolved from Jeff’s Vegas show platform were not revenue-driven, but indirectly have added a great deal of business and value to his brand in a virtuous circle.

Through a series of strategic “pivots,” Jeff was able to flip hardships into assets, and secure a contract
as a relatively unknown entertainer at the time with Caesars Entertainment for his own headline show
at The Flamingo Hotel & Casino. Jeff’s story of fighting through the cutthroat politics of the
entertainment industry in Las Vegas is eye opening, humorous, and powerful.

Jeff challenges his audiences to view a successful profession in whatever their field might be as the
beginning and not the end. What could your attendees accomplish if they re-imagined their
professional career as an opportunity to do as Jeff calls it, “work that matters?”

● Jeff is the perfect blend of entertainer and speaker. His signature talk “Work That Matters” is a
perfect way to start or end a meeting, conference, or any opportunity where you want your
attendees both thoroughly entertained and inspired.

● You can’t always bring your attendees to Vegas, but you can always bring Vegas (Jeff!) to your
attendees. Don’t forget that by hiring Jeff you are not only getting an inspiration speaker, but
also a true Vegas headliner that will bring a level of credibility to your event entertainment.

● Jeff will enable a renewed sense of passion and purpose in attendees’ work and lives.
Attendees will walk away more engaged with what they do, and why they do it. Jeff is the
perfect presenter for companies who look beyond numbers to the importance of caring for the
“the whole person.”

Presenter – Jeff specializes in customizing his programs to fit your meeting’s needs and messaging. Jeff’s contagious spirit and feel-good comedy will leave your attendees thoroughly entertained, and inspired

Workshop Leader – Jeff transforms the process of learning how to juggle into a metaphor for tackling any new task. Attendees work together to achieve a common goal, and have a lot of fun in the process!

Jeff designed and leads an interactive juggling workshop tailored specifically to the corporate market. An honors graduate of Georgetown University, Jeff transforms the process of learning how to juggle into a metaphor for tackling any new task. Jeff deconstructs the art of juggling into a systematic process that can be learned by anyone who is willing to break outside his or her comfort zone and focus every step of the way. Everyone, from interns to upper management, faces the same dynamic challenge, and works together to achieve a desired outcome. Customized juggling balls with company logo can be distributed as souvenirs upon request!

American Payroll Association
“During your performance, our attendees were not only falling off their seats from laughter, but truly captivated by your talents and message. You did magnificent work incorporating our theme “Payroll Rocks the World.” Jeff, your originality, charisma, sincerity, polish and performance is a very difficult act to follow. You made an indelible mark on our 35th congress. I'm as honored as I am grateful. Thank you for being an important part of our success in Orlando. Best of luck in all your endeavors. You are multi-mega-talented. I can't wait to see where your talents take you. Certainly I hope to work together again."
ISACA
"When we hired Jeff for our conference in Vegas, it was our first experience with using a professional emcee. Our hope was to help engage our attendees right off the bat, increase the level of professionalism with some of our messaging and, of course, encourage them to have a little fun in the process. He did not disappoint! From the very beginning, he brought our team great ideas and suggestions to enhance the conference experience and went the extra mile to learn the details of our conference ahead of time. Onsite, he was extremely flexible to our ever-changing schedule and was such a pleasure to work with. I would highly recommend Jeff Civillico as an emcee for any conference!”
CMEG
"Jeff Civillico is an absolutely natural with a bright and charming personality!”
Related Speakers 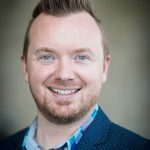 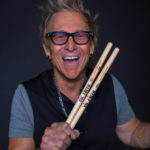 Want to bring Jeff Civillico to your next event?  Please tell us a little about your event, and we will get back to you shortly!