Greg Schwem’s comedic take on the 21st century workplace and work/life balance has landed him on SIRIUS Radio, FOX News, Comedy Central and the pages of Parents magazine. More than just a business humorist, he is also an author, nationally syndicated humor columnist and award-winning greeting card writer. (Yes, you read that last one correctly!) He has shared the concert stage with the likes of Celine Dion and Jay Leno.

A graduate of Northwestern University’s prestigious Medill School of Journalism, Schwem never envisioned a career in laughter. Instead, he settled in Florida, becoming an award-winning reporter for NBC-owned WPTV in West Palm Beach. But the comedy bug bit him hard and he returned to his hometown of Chicago, where he honed his standup act in nightclubs. When he began inserting material about business and technology into his act, audience members approached him and said, “You really should come down to my office and tell those jokes.” Behold! A new approach to comedy was born.

Schwem’s show provides a hilarious look at today’s corporate environment and the latest tools used to conduct business. Indeed, his client list includes such corporate heavyweights as McDonald’s, Microsoft, General Motors, IBM, Hyatt Hotels, United Airlines and Cisco Systems. What sets him apart from other corporate entertainers is his ability—and willingness—to customize material for his audience while working within the parameters of the corporate environment. That means no profanity or politically incorrect material. “That’s never been a part of my show anyway,” he recently told a reporter.

When Schwem hits the stage he already has perused the company’s Internet site, combed the internal message boards and even sifted through numerous PowerPoint presentations. “There is no such thing as too much information,” he says. “I know corporate audiences like to laugh at themselves so the more ammunition I get, the funnier it will be. Just don’t give me a 10-K report. There is NOTHING funny about that.”

Greg Schwem brings more than 20 years of stand-up comedy experience to an event. His performance takes a hilarious look at today’s work environment and the technology tools we can’t live without. Following shows, audience members often approach him and say, “Thanks, we needed that” or “It’s always nice to laugh at ourselves.” Schwem customizes each presentation through extensive Internet research, a questionnaire, and a follow up conference call with his client. That’s why audience members also say, “You really did your homework.” Besides clean customized humor, audiences hear material about “corporate” topics such as Smart Phone addiction, indecipherable PowerPoint slides, and Greg’s love-hate relationship with the American Girl Doll company.

Rock, Roll & Laugh Your Way to the Top

Greg Schwem knows a thing or two about rock and roll. As a comedian who has opened concerts for stars ranging from Keith Urban, to Celine Dion, to Enrique Iglesias to (wait for it) KC And the Sunshine Band, Greg has seen how rock and roll is really a business. Like your business. In short? Every company and employee has “rock star” potential. Greg shows you how to achieve that potential in a presentation that combines hilarious comedy, live concert footage and a musical soundtrack featuring everything from classic rock to country to techno. Topics include “Why Every Office Needs a Keith Richards,” “Are you Team Taylor or Team Kanye?,” and “Don’t Let Your Company Become a Country Song.” Rock on!

A good emcee needs to multitask. He must keep the event moving, be adept at improvisation and work efficiently with all participants onstage. Greg Schwem has hosted everything from a one-hour awards ceremony for 200 BAE Systems engineers to a three-day conference for 6,000 McDonald’s restaurant managers, to a virtual webinar for IBM customers. He is equally at ease chatting with a company CEO live on stage, pronouncing (correctly) the names of awards recipients, or conducting humorous on-camera interviews with meeting attendees.

In a hilarious, multimedia-intensive presentation, renowned business humorist and award-winning Chicago Tribune humor columnist Greg Schwem will make audiences of all ages howl with laughter as he explores the role of, and the need for, humor in a COVID19-affected world. Is coronavirus a laughing matter? Absolutely not. But it did help our country recognize that humor, used creatively, can personally lift our emotions while helping our businesses cope with the worst possible scenarios. Don’t believe that’s possible? Then you haven’t heard of the suburban Chicago restaurant that offered a free roll of toilet paper with every takeout order!

Beginning with a brief video that shows some of the country’s best known stars from the comedy and music worlds who have overcome adversity to become leaders in their respective fields, Greg Schwem then takes the stage, delivering clean, customized laughs about whatever industry he is speaking for. The ability to research his audience and tailor his content is why companies such as Microsoft, McDonald’s, Southwest Airlines and even The CIA have turned to Greg for laughs, and why HuffPost referred to Greg as, “Your boss’ favorite comedian.”

ButYou Can’t Quarantine Laughter is hardly a straight stand-up comedy show. Greg challenges his audience to think how they can use humor to improve workplace communication and how to motivate one another in difficult times. Greg reinforces his message with stories of company personnel who have used humor to create successful campaigns and turn their businesses around. Greg delivered similar content for clients following the 9/11 catastrophe and the market crash of 2008, generating great feedback:

Healthcare testimonials
Liz, you picked a great speaker for our symposium. Not only did he capture the audience from the outset of the program, but he was able to effectively emcee the program and keep us on schedule. We all really found Greg to be the perfect speaker to enhance our program. He was right on with his humor, helped us to poke fun at ourselves, and even let us poke fun at him. Greg was able to inject just the right amount and kind of humor to loosen the audience for more serious discussions I would recommend Greg Schwem very highly as a keynote and/or emcee for any corporate event, but he had a particular knack for finding humor in healthcare. We loved him as a person and an entertainer! Thank you for steering us toward him. He hit a homerun.
Healthcare testimonials
Greg Schwem is a very talented comedian who is familiar with the healthcare industry and topic trends. After a busy day of intense learning, Greg was just what the doctor ordered for the participants at our conference - a humorous look at ourselves and our challenges. Greg was well-prepared; he spent time learning about the audience to customize his presentation - he knew about our products, our agenda, and the professionals within healthcare strategy and market development. His presentation "hit home" to the audience, the laughter never seemed to stop. I would recommend Greg to other conference hosts, including and especially those in healthcare.
Related Speakers 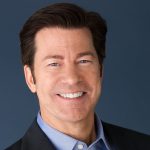 Want to bring Greg Schwem to your next event?  Please tell us a little about your event, and we will get back to you shortly!