Three-time Super Bowl champion and five-time Pro Bowl selection, Darren Woodson is one of the greatest players to ever wear a Dallas Cowboys uniform. The vocal leader of the defense during the Cowboys 1990’s Super Bowl teams, Woodson was one of the most popular players both inside the clubhouse and as an ambassador in the community. Upon retirement, Woodson joined ESPN as an NFL analyst. He appears on NFL Live and SportsCenter, as well as other ESPN platforms throughout the year.

A native of Phoenix, Woodson was a second-round pick in the 1992 NFL Draft (37th overall) from Arizona State University, where he was a converted linebacker. He earned a bachelor of science from ASU in Justice Studies.

In addition to his analyst work for ESPN, Woodson is involved in several businesses, and he remains active in the Dallas community, most notably as a board member for the North Texas Chapter of the Make-a-Wish Foundation.

What are the cultural differences between mediocre teams and winning teams, whether they are in sports or business? In this speech, Darren Woodson (5 time Pro Bowl safety and 3 time NFL Super Bowl Champion with the Dallas Cowboys) describes what leaders must embrace in order to build a culture of excellence with their teams. Learn how to embrace change, competition, and confrontation within your organization. 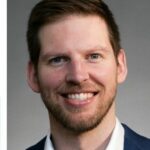 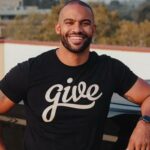 Want to bring Darren Woodson to your next event?  Please tell us a little about your event, and we will get back to you shortly!