From Chump to Champ – Darren inspires audiences to get “un-stuck” and do more with less.

After a failed business in 1992, Darren LaCroix took a dare and took the stage at an open mic night at a Boston comedy club. He bombed miserably. It was horrible. The headliner that night told him, “Keep your day job kid.” Friends told him that his dream of making people laugh for a living was crazy and stupid. He didn’t listen.

He may have been born without a funny bone in his body, but Darren possessed the desire to learn and the willingness to fail. These were the essentials for achieving his dream. This self-proclaimed student of comedy is living proof that anything can be learned.

Less than nine years later, in 2001, Darren LaCroix outspoke 25,000 contestants from 14 countries to become the World Champion of Public Speaking…ironically with a very funny speech. Some said it was one of the best speeches in the history of the contest.

Since that victory, has delivered keynotes in every state in the U.S. and 44 international cities. He is passionate about showing people that if you are a pray, find the right mentors, and become a sponge, anything is possible.

Darren is currently the only speaker in the world who is a CSP (Certified Speaking Professional), an AS (Accredited Speaker), and a World Champion of Public Speaking. In spite of this, Darren always reminds people, “The letter after your name are not as important as the professional you become in the process.”

Do you want to give a presentation? Or actually be heard?

Anyone can stand up and give a presentation, but how do you stand out from other presenters? How can you create a presentation that is truly unforgettable? If people don’t remember your message 3 months, or even 3 days later, you may have wasted both your time and theirs.

With the right process, you can develop and convey a message that really impacts lives, whether you speak to one person sitting across from you in your office, a few hundred people online, or thousands of people at a corporate event. You can wow the crowd, and not just maintain your professional reputation, but advance it. If you are going to spend time and energy putting together a presentation that could make or break your career, why not follow a world-class process?

Darren has developed a world-class process that can help you transform your presentation, impress your peers, and move your listeners to take the action you want them to. You can address any audience in a way that makes you UNFORGETTABLE.

These are proven techniques and powerful tools that are easy to implement and effective the first time you use them. Even the most experienced presenters will be impressed how these world-class, practical insights will significantly improve their effectiveness.

ATTENDEES WILL WALK AWAY WITH:

You have a pivotal message to deliver, whether it’s in the boardroom, in front of potential clients or at a networking event. But you struggle with inspiring your listeners to take action. Is your bottom-line suffering? Maybe you are not closing the sale often enough?

Everyone wants an advantage over competitors. Once you learn to properly construct and consistently convey powerful stories, you’ve built trust, one of the most universally coveted assets among business leaders. So, be the authority in your industry, be the driver of change through your business presentations.

Darren has been brought in to share his proven techniques to help executives from Wells Fargo to European giant, Luxoft. Powerful storytelling can be a key differentiator in the marketplace. Wow the crowd and advance your professional reputation.

THEY’LL WALK AWAY WITH:

5 Essentials to an Unforgettable Story

Storytelling Secrets Most Executives Don’t Use

These little known, world-class insights delivered in an unforgettable way will enable you to connect quickly and deeply. Mere facts and figures on slides will never influence like the power of consistently well-told stories.

17 Minutes to Your Dream

Well-meaning people have trained our dream out of us!

Kids dream, like rivers flow. When we were kids, we don’t worry about the how! We’ve been trained to overthink everything. As adults, we think more than we dream. How can we dream? We secretly think, “I’m not good enough. Besides, I have responsibilities. The family, The mortgage, A full-time job! To dream would be irresponsible.” But what if there was a simple strategy to revive and fulfill your big dream?

Darren LaCroix was a naïve introvert growing up in the 1970s. He dreamed of making people laugh, but he wasn’t funny. People said, “You? Make people laugh? That’s ridiculous!” He believed them.

After failing in business and feeling he had nothing to lose, he went for his childhood dream. In 1992 he tried standup in a Boston comedy club…and bombed miserably. That didn’t stop him. Nine years later, he outspoke 25,000 contestants to become the World Champion of Public Speaking…with a VERY funny speech.

Years later, after delivering a keynote speech in Vancouver, Canada, Darren was approached by a young man who asked him this eye-opening question: “Your story is inspiring, but what’s your big dream TODAY?” Whoa! Darren didn’t see that coming. He decided to pursue a new dream, so big that it caused some to say, “That’s crazy!” He took the lessons he learned becoming a World Champion and distilled them down to this 17-Minute Strategy that he still uses today. Start a movement in your organization. #17minutechallenge

17 Minutes to Your Dream KEYNOTE DEMO REEL from Darren LaCroix on Vimeo.

17 Minutes to Your Dream – FULL PROGRAM REEL.mp4 from Darren LaCroix on Vimeo. 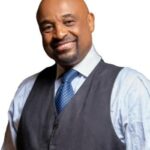 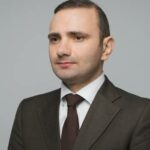 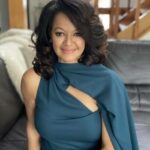 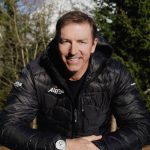 Want to bring Darren LaCroix to your next event?  Please tell us a little about your event, and we will get back to you shortly!