Partner at the Institute for Health and Human Potential, Author

As a math and computer science guy, Bill discovered the power of managing emotions while he was working in the technology industry. Bill is very honest about the struggles he had early in his career as a leader. He was so impressed by the Institute for Health and Human Potential [IHHP]’s brain science based approach to Emotional Intelligence, and even more so by its practical applications, that he became a partner in the company. Now that’s commitment!

Bill’s experience in technology and sales gives him real-world experience in the types of challenges that organizations face today. His analytical background in math and computer science drives him to take a practical and scientific approach to helping people understand how the brain responds under pressure, and how that can help increase leadership and performance.

Bill has an authentic approach that resonates with the audience and especially with those that might
be typically resistant to the important relationship between ‘soft-skills’ and exceptional leadership. A
natural storyteller, he balances anecdotes with science and research to engage all types of
participants. When he is not speaking, Bill spends time working with senior leaders and their teams at
Fortune 500 companies helping them overcome the barriers that often hold them back from reaching
their full potential.

Bill loves to write and contributed to the New York Times and Amazon bestselling book, Performing Under
Pressure: The Science of Doing Your Best When it Matters Most, co-authored by IHHP’s JP Pawliw-Fry and
published in 65 countries with multiple translations. Bill is also a regular contributor to CEO magazine, Training Magazine, as well as other leadership publications.

Bill is originally from Canada and moved to New York City in the nineties. He now calls Chicago home and it
is here you will find him indulging in his other passions – his family, scotch, and cycling.

Are you an Exceptional Leader? Why Meeting Your Biggest Challenges has Everything to Do with Leading Under Pressure

Your organization, like many others, is facing big challenges: whether it is an accelerated rate of change, threat of disruption, ambitious targets or aggressive competition; your people experience these organizational challenges as pressure. If not managed skillfully, this condition can result in diminished performance, lower engagement, and an inability to deal with change. It doesn’t have to be this way.

Research is clear that some leaders are better prepared to handle and lead their people through these challenges more than others. In this powerful keynote, based on the NY Times best-selling book, Performing Under Pressure, The Science of Doing Your Best When it Matters Most, your audience will learn how to leverage pressure to help them get to the other side of performance and succeed in achieving their most challenging goals. In this cutting-edge keynote your team will learn:

The Science of Emotional Intelligence: The Missing Ingredient Behind Building a Highly Engaged Organizational Culture

Why would anyone want to be led you? This is the single most important question a manager or leader needs to ask themselves if they want to unlock the potential and creativity of their people. The reason your employees get up in the morning and choose to be engaged and productive has nothing to do with a manager’s level of IQ or technical capabilities, it has everything to do with their manager’s level of Emotional Intelligence (EI).

The research is clear that Emotional Intelligence is the single most important driver of an engaged, results-driven, highly effective workforce, especially in environments that are undergoing significant change and disruption.

In this interactive keynote, your team will discover:

Why the Conversation You are Not Having is Holding You Back: Getting to The Last 8%

When facing a challenging conversation, most managers adequately cover the first 92% of content they want to cover. When they get to the more difficult part of the conversation, more often than not, they avoid the last 8% of the conversation. What’s missed is the critical information and feedback an individual or organization needs to improve performance, grow and achieve objectives.

Having the “Last 8% Conversation” is one of the key differentiators of world class organizations and while having them is not easy, it is a skill that can be learned and mastered.

In this powerful keynote, your team will learn:

All Change is Personal: Why Leading Through Disruption and Change is About People Not Technology

If the Hippocratic Oath main directive is ‘first, do no harm,’ then the brain’s is ‘first, keep alive.’ Yet the usual approach most organizations take in managing change and disruption does not take into consideration this neurological reality. Leaders bring their ‘five-point strategies’ or get overly focused on the latest technology and completely miss that real change happens in the mind, and more specifically, in the operating systems (the brains) of their people.

To get your organization to successfully adapt to external disruption and the new world of work, requires managers and leaders to accept that all change is personal and that until they start managing from this point of view, their people will not step into uncertainty and take the risks required to achieve successful change efforts.

In this provocative keynote, your team will hear about other organizations that have succeeded in adapting to change and disruption by leveraging the operating system of the brain.

Your team will learn:

Performing Under Pressure: The Science of Doing Your Best When it Matters Most

Why are some people able to deliver under pressure while others fall apart? This program, based on the ground-breaking New York Times bestselling book, Performing Under Pressure, The Science of Doing Your Best When It Matters Most, answers this question. After studying more than 12,000 individuals from around the world, over seven years, IHHP learned what the top 10% performers do to succeed under pressure.

In this innovative, case study driven program, you will learn:

In our experience of delivering hundreds of keynotes every year, we find the most impactful keynotes have an experience that expands beyond the presentation for both the individual participants and the client organization. Our approach to keynotes incorporates three key elements that engage the participant and organization before, during and after the keynote. Outlined below are the three components and how they contribute to an engaging experience.

1. Pre-keynote survey
The week before a keynote is delivered, we send out a custom link that directs participants to answer a link to a short (4 minute) survey to help uncover some of the key challenges they are facing. The data from this survey provides the speaker with insights that are used to ensure the presentation addresses directly some of the challenges identified by the respondents. The aggregate results (individual results are confidential) are presented as part of the keynote, providing a connection to the content and the audience.

2. Keynote presentation
The pre-keynote survey serves as a great segue to the core content of the presentation priming interest and attendees with a receptive mindset. The familiarity of the experience from the survey information combined with the thought-provoking, entertaining keynote presentation (developed and refined over working with a variety of audiences) ensures that the participants are engaged, and eager to learn.

3. Senior Leadership Team Executive Briefing
To provide a robust experience for the organization, our speakers make themselves available for a one-hour leadership briefing with your senior team immediately following the presentation to give them an opportunity to ask questions, build on the insights delivered in the keynote and develop thoughts regarding how best to apply the lessons learned and put the strategies & tools into practice.

We offer this pre, event and post keynote approach at no incremental cost as it is important to us that organizations experience the highest level of sustainable learning and swift movement toward behavior change.

Blue Cross Blue Shield
We had Bill Benjamin at our complex last week and he was a big hit! We had over 100 leaders in the room and they were thrilled about the EQ training. You have a great business partner in Bill!
Novo Nordisk
Good session. Bill did a good job of engaging the group. I did take away a couple of things that I will implement in my role. Bill your presentation matched the needs of the team. Connection with team was strong. Examples were relevant.
Related Speakers 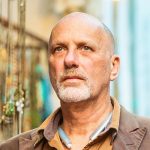 Want to bring Bill Benjamin to your next event?  Please tell us a little about your event, and we will get back to you shortly!