Steve McClatchy is a keynote speaker and author of the award winning New York Times Bestseller Decide: Work Smarter, Reduce Your Stress & Lead by Example. Decide has enjoyed global success and has been translated into 10 languages including Chinese, Russian, Japanese and Spanish.

In every speech Steve weaves insight, interaction, and actionable content with humor, inspiration and motivation. Over the past 16 years Steve has worked with the most prominent organizations in the world including Google, Under Armour, Disney, John Deere, Microsoft, NBC Universal, Accenture, HP, Tiffany’s, Wells Fargo, Campbell’s Soup and many teams in the NFL, NBA, NHL and MLB. He speaks frequently at Harvard, Wharton and Chicago Booth. He has appeared on CNBC, ABC, CBS, Fox News, WSJ TV and NBC’s The Today Show and has been quoted in The Wall Street Journal, Fast Company, WebMD, Oprah Magazine, Entrepreneur and Investor’s Business Daily.

Steve’s passion is for continual improvement and believes that when we stop growing, learning, gaining experience and achieving goals we stop living. You will be captivated, motivated and truly inspired by his unique and practical approach to effectiveness and success.

What shapes a leader’s outcomes, career and life? Their decisions. The criteria we all use for making decisions drives our performance and our effectiveness as leaders. Great decision-making habits yield a lifetime of achievements and success. Poor habits keep us stressed, frustrated and forever out of balance. This keynote is for every leader and aspiring leader to help them:

The skills of building trust, communicating effectively, taking risks, and resolving conflict can be the most important skills you will ever develop as a leader. In this presentation you will learn the keys to success in each of these areas and how to build relationships strong enough to handle the pressures and tensions inherent in creating, building, leading and sustaining a fast- changing, results-driven organization. If your success is determined by your ability to work successfully through others it’s time to take your relationships to the next level.

Audiences will be able to:

Management and leadership are very different from one another. Both are vital to the success of a team but each yields different results. If you are interested in creating a world-class team that is committed to improvement and embraces change this is a “don’t miss” presentation.

Audiences will learn how to:

President, Measurement, Control & Automation Association
“Steve McClatchy was one of the best speakers our organization has used in over 30 years. We have never had a repeat keynote speaker. For the first time ever we invited Steve to come back and be our keynote speaker two years in a row. Steve did so well with his second keynote we are having him back for a third year in a row. Steve’s sessions are dynamic and energetic and really resonate in today’s economy. I can’t say enough about Steve and how well he has been received at our conferences. I highly recommend Steve to any organization that wants to help their leaders get to the next level - personally and professionally.”
The Channel Company
“Steve McClatchy's speaker score at the XChange & MES Conferences catapulted him into the No. 1 spot among more than 200 presenters over the past 5 years. This is an amazing achievement given the quality of speakers who have appeared at our events. Steve's presentation moved one of the toughest audiences in the business world today C-level executives from high-tech firms who place a high value on every minute of their time. Steve is at the very top of an elite group of speakers and I highly recommend him for your next conference!”
YPO Education Chair
“We had Steve McClatchy as our keynote speaker this year and it won the best of the best. Steve’s awesome presentation (which scored a 9.9!) was the highlight of our conference. Steve has a new perspective and original content that really resonated with our audience. I highly recommend Steve as a keynote speaker for your next event.”
Vice President, Disney On Ice
“Words like, awesome, outstanding, phenomenal and invaluable are all over the evaluations. You are a truly gifted speaker and your message is one that every leader needs to hear. Thank you for sharing your talent and passion for helping others with our organization.”
Related Speakers 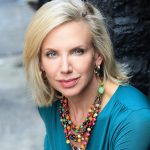 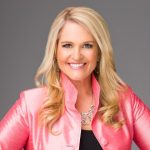 Want to bring Steve McClatchy to your next event?  Please tell us a little about your event, and we will get back to you shortly!