You’ve probably seen Mario on TV as an Emmy Award-winning talk show host and Digital Lifestyle Strategist or as a regular contributor on NBC’s TODAY show, CNN, and NPR. Or maybe on Inside Edition, Dr. Oz, Steve Harvey, or Rachael Ray. He also authors the monthly ‘Learn It’ column in Men’s Fitness magazine. In other words, he’s everywhere!

Audiences can now see Mario on his award-winning Never Settle Show, the world’s first crowd-produced, live-streamed talk show with live participation from the in-studio & online audience. The show is being co-produced by Al Roker’s media company, Roker Media, shot live at NASDAQ studios in Times Square distributed through Entrepreneur Network and sponsored by FedEx Office. After the show’s debut season, it was named Best Live Show by the International Academy of Web Television Awards.

While Mario is the face, the fun, the fashion, and the force that everyone gets to see and enjoy, Mario Armstrong Media is hardly a one-man show. Mario comes with an entire team of strategists, researchers, producers, idea generators, and content creators all working hard (and playing hard!) behind the scenes, making great things happen. Every day. Mario Armstrong is many different things: TV host, media personality, public speaker, public servant, and social entrepreneur. As a speaker, he has traveled around the world speaking for corporations and conferences about the integration of digital media, the future of technology, and innovative marketing strategies for companies and universities including AT&T, Intel, Ford, IBM, Marriott, Toshiba, NYU, and Johns Hopkins University.

When he’s not playing host, contributor, and expert, he’s living a balanced life, playing husband and father, devouring sushi, meditating, adding to his metal lunchbox collection, and taking his “sneaker head” status to borderline obsessive levels. (Seriously, you wouldn’t believe this guy’s closet.) But one thing is for sure — whether he’s hosting CES, presenting on The Today Show or just being a dad on Sunday morning, Mario brings 100% to everything he does.

In an era where brands are defined by the content creation, Mario Armstrong is teaching audiences how to articulate their brands, how to develop a voice for their messaging and where to to share their content. Having worked with the likes of Facebook, Target, AT&T and Intel, Mario’s capacity for individualized guidance is second to none. As such, every speech is customized. 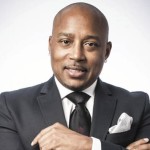 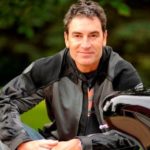 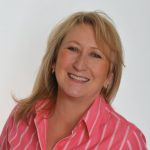 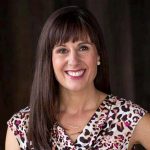 Want to bring Mario Armstrong to your next event?  Please tell us a little about your event, and we will get back to you shortly!