John is a professional keynote speaker & magician who travels to leadership conferences and uses magic as a tool to prove that ‘impossible’ is just a word.

Before he turned 24 years old, John hosted his own show on Patriots.com, performed magic on America’s Got Talent, presented at the Forbes Live Summit, published two books, and was invited to be a TEDx Speaker for three different events throughout the country.

Nicknamed by the media “The Team Magician for the New England Patriots”, he has been in the same lineup with stars such as:

Impossible is Just a Word: How Big Innovation Starts with Small Habits

Why should you hire someone with a background in magic to be your keynote speaker? Great question. John noticed that speakers time and time again hop on stage, talk in a mundane way, and provide vague advice that people often forget the next day. That’s why he created an educational, yet entertaining keynote that mixes magic, laughter and professional coaching all in one session.

Surprisingly, what sparked John’s popularity in the industry was not the magic tricks themselves, but rather his analysis on successful innovation processes. Sleight of hand might be important for a magician, but creative problem solving & communication skills are more important to have a successful show — or in a leader’s case, a successful team.

He learned that some of the most creative solutions in life can be right in front of us, but our subconscious mind can miss the the answer if we’re looking at the situation from the wrong perspective. For instance, 85% of people miss the extra “the” that was used in the previous sentence. Kudos if you caught the error the first time reading it!

Magicians know how to work as a team to make a vision in their head become a reality, while also bringing a sense of wonder, curiosity, and inspiration to the world — skills needed to adapt to any situation and useful traits for corporates and creatives alike. At the end, you’ll come out not only amazed by award-winning magic, but equipped with real-world strategies to attack your list of goals and milestones.

Many magicians think their goal is to fool the audience, but John doesn’t share that same philosophy – he simply wants people to have a memorable experience.

What makes John different from other magicians? He doesn’t use a lot of props in his shows. Rather than using bunnies, top hats, streamers, and unfamiliar props like other magicians use, he believes magic should be about performing extraordinary feats with ordinary objects. He borrows things from the audience members and pokes fun at pop culture by using simple, organic, and borrowed props such as books, cell phones, and playing cards to make the show more modern.

As a professional entertainer for 15 years, John combines just the right amount of comedy and audience interaction to make the show enjoyable for everyone in the crowd.

Depending on your event’s vision, John can perform stage magic in front of everyone all at once or perform close-up strolling magic for small groups. 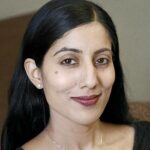 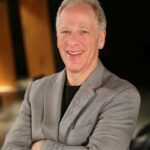 Want to bring John Duke Logan to your next event?  Please tell us a little about your event, and we will get back to you shortly!