Ginger Hardage is the former Senior Vice President of Culture and Communications at Southwest Airlines, the nation’s largest airline, a job she held for an illustrious 25 years.

Recognized by many as a foremost global authority on building and sustaining organizational culture, Ginger was a member of the CEO’s executive leadership team and was responsible for nourishing Southwest’s renowned culture and philosophy as well as managing the internal and external communications of the company.

Ginger’s work at Southwest lead to a number of prestigious honors such as 23 consecutive years on FORTUNE’s “Top 10 Most Admired Companies in the World” list. Most importantly, Ginger helped champion the values that have made Southwest a culture of enduring greatness – we put people first, we treat customers like family, we nurture our culture, and we try to change ahead of the times.

Upon retirement, Southwest CEO Gary Kelly said “Ginger has made countless contributions to Southwest. She has been an invaluable business partner, advisor, and mentor. She brings constant, positive energy and enthusiasm to all those around her, and that is infectious. She has built superb teams that we are very proud of, and that I know will continue her special brand of excellence.”

In 2017, Ginger launched Unstoppable Cultures, a brand designed to help organizations create and sustain cultures of enduring greatness. Ginger’s expertise and worldwide recognition is highly sought-after as a consultant and speaker, and she has accepted engagements at organizations like Google and Princeton.

Throughout her career, Ginger has received countless awards and honors including the PRWeek “Power 50” list, PRWeek “50 Most Powerful Women in Public Relations,” Texas’ “Most Powerful and Influential Women,” and “Legendary Communicator” by Southern Methodist University in 2007. Ginger was inducted into the Public Relations Hall of Fame in 2015, received the Legacy Award from the Plank Center for Leadership in 2016, and was selected for the James C. Bowling Executive-In-Residence Lecture Series at the University of Kentucky in 2005.

Ginger currently serves as a Trustee on two global boards—Ronald McDonald House Charities and the Arthur Page Society. In Dallas, she serves on the board of The Trinity Park Conservancy, was recently President of the Trinity Commons Foundation, and is an advisory board member for the City of Dallas’ Center for Performance Excellence. Ginger previously served on advisory boards of Novartis in Basel, Switzerland; Business Civic Leadership Center, an affiliate of the U.S. Chamber of Commerce; Big Brothers and Sisters of Metropolitan Dallas; Southwest Cares; and the Council of Public Relations Firms.

Before beginning her career at Southwest Airlines in 1990, Ginger held a variety of marketing and public relations positions at Maxus Energy Corporation, Diamond Shamrock Corporation, and Life Insurance Company of the Southwest.

But then, there are cultures that are unstoppable. Unstoppable Cultures put people first, are consistent in nurturing their culture through systems, and are relentless in storytelling. In this signature talk from Ginger, she will walk you through these critical characteristics of unstoppable cultures. You will undoubtedly leave with both practical and inspiring ideas on how to begin the journey of building the culture you always dreamed of for your organization.

Building a Brand from the Inside Out

What do you think about when you think about a brand? A logo? A website? A stock symbol? Maybe. But these are just expressions of a brand; they are not what brings a brand to life. So if not these elements, what is the most important thing when we think about our brands? Ginger has a simple answer – people.

In this inspiring talk, Ginger discusses why employee engagement is the single most important element when any of us are thinking about our brands. She knows that the way an organization behaves on the inside will find its way to the outside, and that the true character of any company is expressed by its people.

When considering organizational culture, some universal lies tend to rise to the surface. In the back of our minds, we have little voices telling us that we can’t change the culture of our companies and teams. Maybe for you, that’s the idea that culture is fluffy, you can’t afford culture, or that if you empower your employees, you might lose control. But, none of those are true!

In Ginger’s signature keynote, she walks through the five lies people tell about why they can’t affect culture and reveals the counteracting truths that allow companies to build Unstoppable Cultures in their own organizations. You already have a culture – will that culture happen by default or will you define it? When you stop believing lies and start living by the truth, your culture flourishes… your employees stick around longer and people achieve more than they ever thought possible. In short, if a leader creates culture intentionally, that organization becomes unstoppable. 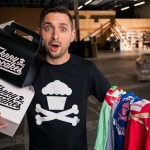 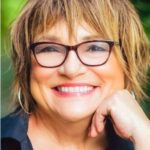 Want to bring Ginger Hardage to your next event?  Please tell us a little about your event, and we will get back to you shortly!