Kevin Lockett is a Partner at Fulcrum Global Capital, a venture capital fund focused on investments in the Agriculture and Animal health sectors. He is responsible for the fund administration as well as identifying, evaluating, financing, and managing innovative food production, food safety, and food waste investment opportunities.

Kevin previously served in several roles at the Kansas Bioscience Authority ultimately as the Chief Executive Officer where he led the organization to attract and grow the bioscience sector as an economic growth engine for the state of Kansas. His extensive background in growing companies in tough, competitive environments served the mission of the KBA and the entrepreneurial companies in its portfolio of investments.

A former professional football player, Kevin owned and operated a business during his 7 year National Football League career with the Kansas City Chiefs, Washington Redskins, Jacksonville Jaguars, and New York Jets. In 1998, he and his family formed a nonprofit organization that encourages academic achievement in public schools.

Kevin was selected as the Kansas City Business Journal CFO of the Year in 2015.

He and wife Cheryl have been married 15 years and have four boys — Tyler, Sterling and twins, Jacob and Jordan. Kevin coaches son Sterling’s baseball, basketball and football teams and Jacob’s and Jordan’s basketball and flag football teams. Somehow he finds time to be an avid golfer and yet, when they have all worn themselves to a stub, his favorite pastime is family movie nights at home. 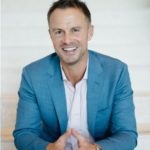 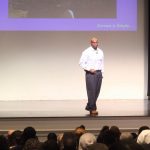 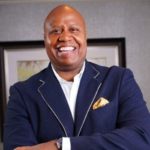 Want to bring Kevin Lockett to your next event?  Please tell us a little about your event, and we will get back to you shortly!