Brent Gleeson is a Navy SEAL combat veteran with multiple tours to Iraq and Africa and other theaters of war. Upon leaving SEAL Team 5, Brent turned his discipline and battlefield lessons to the world of business and has become an accomplished entrepreneur, author, and acclaimed speaker on topics ranging from leadership and building high performance teams to culture and organizational transformation. You can learn more about his leadership philosophies in his weekly columns on Inc.com and Forbes.com.

Brent is the Founder and CEO of TakingPoint Leadership, a progressive leadership and management consulting firm with a focus on business transformation and building high-performance cultures. With degrees in finance and economics from Southern Methodist University, certificates in English and History from Oxford University in England and a graduate business degree from University of San Diego, Gleeson’s extensive experience is both academic and real-world in nature. Gleeson has won awards for business leadership and was named one of the “Top 10 CEOs” in Entrepreneur Magazine’s October 2013 issue for his exemplary approach to building high-performance teams in business.

He is the bestselling author of TakingPoint: A Navy SEAL’s 10 Fail Safe Principles for Leading Through Change, which was a #1 New Release on Amazon in Organizational Change and Business Structural Adjustment. Between his experiences in the SEAL Teams and building award winning organizations that have topped the Inc. 500 list of fastest growing companies, Brent has become a business transformation expert. TakingPoint highlights his ten principle program all leaders and managers will need to lead change and achieve winning results in the twenty-first century business landscape.

He has also starred in several reality shows including NBC’s ‘Stars Earn Stripes’ where he and Chris Kyle of America Sniper along with other special operations professionals were paired with celebrities to compete and raise money for charities like Wounded Warrior Project.

Brent is on the executive board of the SEAL Family Foundation and his family is an Ambassador Family for March of Dimes. He is married with three wonderful children.

In this presentation Brent draws connections between how high performance teams in any environment can leverage trust, teamwork and accountability to achieve their goals. He provides tools for improving trust that have a measurable economic impact on any organization. He also dives into how building a culture of accountability can have game changing effects and drive a team to achieve more than they ever expected to.

This presentation is specific to leadership at all levels. Brent compares stories from the battlefield, the lessons learned, and how those lessons apply to leadership at any level across any type of organization or team. Brent talks about how to build a culture of leadership, servant leadership, adaptive change management, and much more. The audience will leave with at least three key take aways that they can start applying to their personal and professionals lives immediately.

Crushing Your Goals & Achieving The Impossible

This presentation is designed to motivate teams at all levels and across any type of organization. Brent shares stories from combat and talks about teamwork, persistence, adaptation, sacrifice, and how elite teams really achieve success and win. The audience will leave with at least three key takeaways that they can start applying to their personal and professionals lives immediately.

In today’s more volatile, unpredictable and complex business environments businesses can find themselves in almost constant states of change. But more change initiatives fall short or fail due to a lack of leadership alignment, the proper culture founded on accountability and trust and poor discipline. In this presentation Gleeson provides actionable principles for managers to use in leading an organization through change.

People, culture and values often have a reputation for being a “soft” element of management’s priorities and not directly tied to improving profitability. Yet, many studies show that leading with culture makes an organization stronger, more resilient and much more profitable. Gleeson shares correlations between SEAL culture and high performance teams in business and how prioritizing people, culture and values drives a

Productivity, income and profits of any organization can be directly negatively or positively impacted depending on the levels of trust within the team. Trust is one of the most critical elements of a strong team culture that gets results and successfully navigates change. In this presentation, Gleeson shares the seven principles for building high-trust organizations: Integrity of Leadership, Investing in Respect, Empowering Everyone, Accountability for All, Creating a Winning Vision, Keeping the Team Informed, and Embracing Sacrifice. 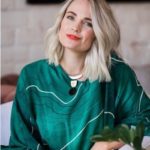 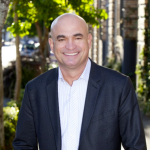 Want to bring Brent Gleeson to your next event?  Please tell us a little about your event, and we will get back to you shortly!