Go from Ordinary to Extraordinary

From Alaska to Florida …speaking to groups from 10 to 10,000 …Andrew McCrea has brought his message to thousands. Andrew helps audiences laugh and think about the difference they can make at work, in their community and home. His blend of humor and real-life strategies for living life with purpose inspire groups to action.

Since 1996 Andrew McCrea has traveled the nation, producing the “American Countryside” features that are heard each day on radio stations coast-to-coast. He can be heard daily on radio (Sirius/XM satellite radio and over 100 local radio stations) and television, and on such national networks as Westwood One and CBS.

Andrew does all of his broadcast work on-location and that has led him to interview guests in all 50 states and every continent except Antarctica. He’s interviewed Emmy and Grammy winners, All-star athletes, Iditarod sled dog mushers, and even the world’s rooster crowing champion! The program has won the Oscar® in Agriculture five times.

Andrew’s keynotes and training programs provide an insightful guide that inspires leadership at every level. Andrew presents with energy, enthusiasm and expertise onstage, and his sincere, “down home” delivery style endears him to audiences.

Andrew’s uniqueness lies in the broad background his life encompasses. He continues to manage and work on his family’s 4500-acre ranch in northwest Missouri, McCrea Family Farms. The family farm is split evenly between row crop production (corn and soybeans) and pasture for cattle. He knows what it is like to move herds of cattle and work 18-hour days harvesting a crop.

Andrew is the author of six books including the Ippy Award Winner, “American Countryside: Where Does Lost Luggage Go?” All of his publications are insightful books about life and leadership based on the interesting stories featured on the radio program.

Ordinary to Extraordinary – What is the Extra You are Missing?

What makes some people stand out from the crowd? What’s the “extra” they have that others don’t? Andrew’s thousands of interviews from every state and six continents reveal three qualities the “Extraordinary” have that others do not. They are the qualities that bring individual and team success and that add life, to life itself! Listen, laugh and learn the secrets to being Extraordinary in what you do!

Making Molehills out of Mountains – Leadership Strategies that Work!

We’ve all done it. We make little things into big things and soon those little molehills turn into huge mountains that keep us from accomplishing what we want to do in life. Adapted from Andrew’s award-winning book by the same name, learn the leadership strategies that reduce your work without reducing your goal. Become more efficient and effective in building teams, pursuing goals and achieving success. The perfect message for individuals and organizations looking to make the most of every opportunity!

How does your organization or community stand out from others? Perhaps it looks like the rest, facing similar struggles and challenges. How could you change things? How do you perform a makeover? Andrew’s broadcast travels chronicle the “makeover” taking place in the nation’s top organizations and communities. What are they doing to stand out and thrive? How can you make it happen as well? Andrew shares the key steps you must take to complete the total makeover. 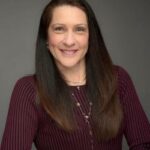 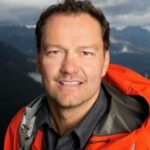 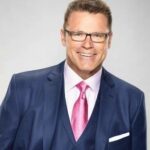 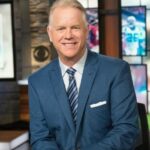 Want to bring Andrew McCrea to your next event?  Please tell us a little about your event, and we will get back to you shortly!