Yve Rojas is a dynamic Speaker, Auctioneer and Emcee with a striking stage presence whose bold performance affords for exceptional event experiences.

After a significant career as an actor, Yve struck out on her own to build what is now a thriving business as an award winning auctioneer professional. Tying her passion for interacting with people, travel, presentations and auctioneering with her strength of naturalness on stage has made her a sought after addition to organizations throughout the country. Her unexpected reinvention after following her own advice of “the best adventure is the self directed one”, including her participation on CBS’s Survivor Nicaragua, has led her to a profession where 8% are women and less than .05% are multi ethnic. Her specialty is knowing the philosophy of how, when and why people commit to action and giving at events where in everyday life relationships and trust are built over time. Real life translation of human nature cross the realm of an auction to a sales teams to any relationship. Her direction behind the scenes to help plan for the most fruitful outcome in a presentation or auction is an enormous advantage. She consistently exceeds organizations’ goals and speaking needs as an engaging, enchanting and motivational presenter. Yve believes it is an honor and a privilege to be a passionate and knowledgeable speaking ambassador for her clients.

Speaking and Benefit Auctions are Yve’s passion. Her pledge to serve is demonstrated through the enormous range of audiences and events she leads, totaling over 100 each year. In addition to being a devoted mother of two daughters, she is a Professional Speaker, Specialty Auctioneer, Professional Ringman, Realtor and former Host of the NIADA TV Automotive Industry News Broadcast.

Yve graduated from World Wide College of Auctioneering and received her designation as Colonel after receiving both a general diploma and a secondary diploma in bilingual auctioneering. She is a member of the NAA (National Auctioneers Association), and holds the designation of Benefit Auctioneer Specialist and Certified Auctioneer Institute. Yve is also a member of the Screen Actors Guild (SAG) and The American Federation Of Television And Radio Artists (AFTRA), a current Board of Director for the Kansas Auctioneers Association and former Board of Director at both the Unicorn Theatre, and Rose Brooks Center. Yve was the 2016/17 Kansas Auctioneer Champion, the 2021, 2019 & 2014 2nd Runner-Up International Auctioneer Champion and holds a Bachelor of Arts Degree from the University of Wisconsin-La Crosse.

RSVP Yes to Life
Reinvent Yourself 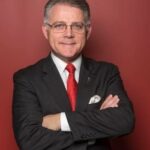 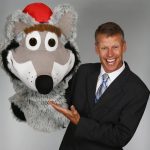 Want to bring Yve Rojas to your next event?  Please tell us a little about your event, and we will get back to you shortly!