Nick Sarillo is the founder and CEO of Nick’s Pizza & Pub and Nick’s University. Founded in 1995, Nick’s Pizza & Pub is one of the top ten busiest independent pizza companies in per-store sales in the United States. Nick’s Pizza & Pub has margins nearly twice that of the average pizza restaurant. In an industry in which the average annual turnover rate is more than 150 percent, Nick’s Pizza and Pub boasts a less than 25 percent employee turnover rate. Incredible when you consider 70 percent or more of his employees are under the age of 25! Nick’s University offers hands-on experiential learning, one and two-day classes, as well as online training courses. Nick is an active member of the Conscious Capitalism and Small Giants Communities.

Prior to founding Nick’s Pizza and Pub, Nick worked in the construction business. He worked as a union carpenter and then a general contractor. For 11 years, he owned a custom home building company.

Nick credits his company’s success to his purpose-driven culture, which is the focus of his book, A Slice of the Pie: How to Build a Big Little Business (Portfolio; 2012). In addition, other authors have heard and traveled to Nick’s restaurants to learn and write about his approach to culture, leadership and management. You can find him referenced in:

Nick is rooted within the communities he serves through philanthropic initiatives, including the donation of five percent of all sales to charitable causes. Also, he has coined the phrase Integral Sustainability – Nick practices both natural and human sustainability. For example, all of his restaurants are built with recycled barn wood. Plus, his operations have processes such as “safe spaces” and “Trust and Track Leadership” that address the mental, emotional and spiritual health of his workplaces and team members.

Build a Big Little Business: How to Use Purpose & Values to Create a Thriving Company

Do your employees love to come to work? Join Nick Sarillo, author of A Slice of the Pie, and Founder of Nick’s Pizza and Pub as he shares his success secrets to turning any small business into a successful, high-performance organization. One where employees love to come to work – and it shows, each and every day through their performance. Nick’s restaurant is one of the top ten busiest independent pizza companies in the U.S Margins are often twice those of the average pizza joint, while employee turnover is less than 20% per year in an industry that averages more than 150% …which is incredible when you consider more than 70% of Nick’s employees are under the age of 25 and part of a generation in which job hopping is the new normal. Nick’s restaurants serve as a great example of how clearly defining and living your company’s purpose and values can create a world-class culture in any organization and industry. Nick will share real life examples from his experience detailing how you can create the type of company culture you’ve always wanted to work for. Nick also provides tangible tools that you can begin implementing in your business immediately!

Nick’s presentation will energize and inspire anyone who wants to strengthen organizational culture and engage their team in company results. As a result of this program, participants will be able to:

Perfect Audience: Entrepreneurs, business owners, association or corporate leaders who want to strengthen their organizational culture and engage their team in company results.

Program Format: 45-75 minute keynote. (For something different, please note that Nick does offer a full-day customized University program that includes sessions with his leadership team and time in his restaurants.)

Today’s ever-changing business environment requires a new type of leader to be more effective in the way we communicate and develop our people. In this session, be inspired to shift from the dated command-and-control style of leadership and join the Trust and Track Leadership™ movement. The restaurant industry is known for having 150-200 percent employee turnover rates. With almost 200 team members, Nick’s Pizza & Pub maintains less than a 25 percent turnover annually. How can that be? Being a Trust and Track Leader means operating in an environment of trust and having the ability to lead company culture, not just tell people what to do. Using real life experiences, Nick shares how to create a meaningful place to work where leaders are coaches that build and inspire their team.

As a result of participating in this program, participants will be able to:

Perfect Audience: Entrepreneurs, business owners, association or corporate leaders who believe in their people and want to learn how to inspire their team to achieve more innovation and better fiscal performance.

Program Format: 45 – 75 minute keynote. (For something different, please note that Nick does offer a full day customized University program that includes sessions with his leadership team and time in his restaurants.)

Have you ever tipped your server a $1000 for a $35 restaurant bill? At Nick’s Pizza and Pub restaurants this has happened four times. Nick Sarillo’s compelling and surreal “It’s A Wonderful Life” story about an everyday business that was able to rally and unite an entire community serves as a great example of how clearly defining your company’s purpose and values can create a world-class culture of customer service in any organization and any industry. Enhancing customer service starts with turning your employees into leaders rather than followers. At Nick’s, the word “customer” is actually not part of the language; instead the goal is to create meaningful “guests” relationships and experiences that go beyond a single monetary transaction. Similarly, Nick’s does not have a “staff” hired to perform mind-numbing tasks. Instead Nick’s dynamic “team” of leaders work together as a dedicated family, utilizing their purpose and set of values to find solutions on their own. In this session, gain Nick’s real-life examples of how to set your team up for success and provide “Unforgettable Guest Experiences.”

After attending this session, attendees will:

Millennials and Gen Z CAN Be the Best Leaders: How to Benefit From Your Youngest Employees

Millennials and Gen Z (under the age of 19) have brought unique workforce opportunities. They expect to “feel” heard and want a spot at the table. They expect to be mentored and recognized. At Nick’s Pizza & Pubs restaurants, millennials lead the way – not only do they represent more than 70% of the workforce, they are great leaders and strongly contribute to the bottom line. Nick’s operates a “Business as a School” with processes based on company purpose and values for hiring, onboarding/training, feedback, recognition and more. Come and learn how you too can successfully integrate millennials into your workforce.

As a result of participating in this program, participants will be able to:

Perfect Audience: Entrepreneurs, retailers, business owners, corporate leaders who believe in their people and want to learn how to rally their team to achieve more innovation and better fiscal performance.

Program Format: 45 – 75 minute keynote. (For something different, please note that Nick does offer a full day customized University program that includes sessions with his leadership team and time in his restaurants.)

State Farm
“Using Nick’s leadership tools, we transformed how we work together and communicate. Teamwork, collaboration, and little to no drama, have made us more efficient and the best part is that we are all having more fun than ever.”
Aileron
Nick’s title could be Chief Story Teller! By being authentic and vulnerable, the stories and experiences he shares are truly inspiring and thought-provoking. Equally important, he backs up the stories with simple and actionable ways to move forward. The business owners and teams attending Aileron’s LIFT summit walked away with new ideas to evolve their culture, develop their people, and improve their leadership.
People Report & Black Box Intelligence
Nick brought passion to a whole new level while telling his story at Summer Brand Camp. He delivered a unique and heart felt message that left the audience with actionable items to take back and implement at their own organizations. Attendees were touched and motivated by his story and talked about it for weeks after the event! Nick would be a great addition to any speaker line up.
Ann & Robert H. Lurie Children’s Hospital of Chicago
[Nick] quickly connected with our leaders through his genuine and powerful storytelling style. Nick provided practical, relevant and thought-provoking tools. In addition, Nick shared with our leaders his proven methods to improve team retention, productivity and customer service. Most gratifying was to hear from a number of our leaders having implemented those tools within their teams.
Related Speakers 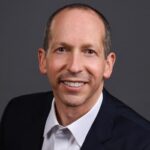 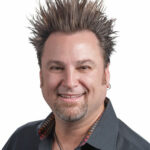 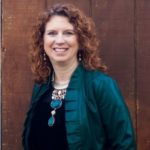 Want to bring Nick Sarillo to your next event?  Please tell us a little about your event, and we will get back to you shortly!