Charu Sharma is an award-winning Indian entrepreneur, global keynote speaker and published author based in Silicon Valley. Currently, she is Founder and CEO of Next Play, an advanced AI app that facilitates internal mentorship matching for company employees. The App is a chatbot that personalizes employee career and leadership development with the goal of attracting, developing, and retaining more diverse talent. Next Play works with users to identify goals and preferences, match mentees and mentors at scale, and guide employees to achieve their goals. HR directors gain insight into employee engagement data with Next Play’s breakthrough AI Technology.

Next Play helps companies like Lyft, Square, Asurion and Splunk. After six months, employees had 218% more clarity on their career path and felt 178% more equipped to achieve their goals within in their companies. To date, Next Play has raised over a half million dollars from investors such as LinkedIn’s SVP Engineering Mohak Shroff and Techcrunch’s former CEO Heather Harde, and has won several awards at Grace Hopper Conference, Mobile World Congress, SXSW and HR Transform, among others. In addition, 500 Startups named Next Play a Batch 22 portfolio company in 2017. Batch 22 has participants from over 2,000 global applicants with a 2% acceptance rate. Notable portfolio companies include Twilio, Shippo, Intercom and AngelList. At the Grace Hopper 2018 Conference, the world’s largest gathering of women technologists). Charu won $10,000 and got to present Next Play’s story in front of 22,000 women.

Prior to founding Next Play, Charu built two-award winning startup companies out of her college dorm room before getting recruited to LinkedIn to grow their Talent Solutions revenue and develop a mentoring program for women. One startup, Intervyou.me, is an online platform for job candidates to schedule and practice mock interviews with peers and paid professionals. The other, Biz Dev Outsourced, which helps startups expand revenue, identify markets, optimize growth opportunities and develop partnerships.

Realizing that other young women around her were seeking traditional career paths because they did not have exposure to the entrepreneurial path or access to the right female mentor, Charu created a movement via a global non-profit organization entitled Go Against the Flow that educated 1 million women to take risks and build their own businesses. She published a book and a Huffington Post Q&A series, and created an award-winning documentary film to inspire other millennial women to take intelligent risks and consider building their own startup companies. Charu has screened the documentary film all around the world – from the Empire State building in New York to the National Gallery of Singapore.

Charu has won five National Awards. She won the Harold Grinspoon Entrepreneurship Award in 2014, Venture Nurturing Award at The New York Venture Summit in 2014, and she was listed as a “Power Woman” alongside such notables as Oprah Winfrey, Sonia Gandhi, and Melinda Gates by Youth Incorporated Magazine. She is also a Sandbox Network Fellow, the foremost global community for the world’s most accomplished young leaders and decision-makers under the age of 30.

In 2003, Charu and brother Chinmay were awarded the National Bravery Award by the Prime Minister of India for fighting with two goons in a train robbery and saving lives of women, making them ‘national heroes’ overnight. Charu went on to achieve black-belts in Karate and Taekwondo, represented India in Taekwondo in South Korea, and has since been an advocate for self-defense training for women. The education board has dedicated chapters to her in the 10th grade English textbook and the 9th grade Hindi textbook in high schools in Maharashtra, India.

Charu has published three books, and has contributed to the Huffington Post, Venture Beat, Business Insider, The Times of India and Youth Incorporated, among other publications. In 2014, Charu founded Being a Modern Indian Woman, a compilation of true stories of modern Indian women, launched on Indian Independence Day for free access to all.

She has delivered presentations at over 600 stage shows and done research expeditions to all seven continents. Charu organized TEDx River North in Chicago, and she has spoken at two TEDx conferences on risk-taking and entrepreneurship. Charu holds certificates from Stanford University Graduate School of Business (2013), Dartmouth’s Tuck School of Business (2012) and a BA in Economics and Physics from Mount Holyoke College (2014).

A Conversation with Charu Sharma 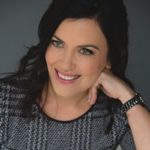 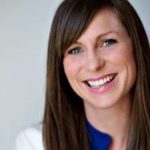 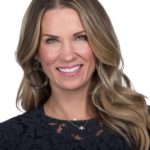 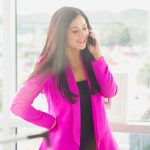 Want to bring Charu Sharma to your next event?  Please tell us a little about your event, and we will get back to you shortly!