William Perry Pendley, president of Mountain States Legal Foundation, was born and raised in Cheyenne, Wyoming, received B.A. and M.A. degrees in Economics and Political Science from George Washington University in Washington, D.C., and was a Captain in the United States Marine Corps, after which he received his J.D. from the University of Wyoming College of Law, where he was Senior Editor on Land and Water Law Review. He served as an attorney to former Senator Clifford P. Hansen (R-Wyoming) and to the House Interior and Insular Affairs Committee. During the Reagan Administration, he served as Deputy Assistant Secretary for Energy and Minerals of the Department of Interior, where he authored President Reagan’s National Minerals Policy and Exclusive Economic Zone proclamation. He was a consultant to former Secretary of the Navy John F. Lehman, Jr., and was engaged in the private practice of law in the Washington, D.C., area before his return to the West in 1989. He has argued and won cases before the Supreme Court of the United States as well as various federal courts of appeals; he won what Time called a “legal earthquake” when the Supreme Court ruled in his favor in the historic Adarand (equal protection) case. His monthly column, Summary Judgment, appears throughout the country; he is the author of five books: It Takes A Hero (1994); War on the West (1995); Warriors for the West (2006); Sagebrush Rebel (2013), and Summary Judgment (2015). He is admitted to practice law in Wyoming, Colorado, Washington, D.C., and Virginia.

(Reagan had a clear and little know agenda to make America energy independent, revitalize the U.S. economy, and free the nation from foreign political pressure); The Real Agenda of Environmental Groups (they do not care about people, are reds not greens, and are but an arm of the Democratic Party); “In the eyes of government, we are just one race here.  It is American.”  (Justice Scalia’s famous opinion correctly states the Constitution’s equal protection guarantee but is under attack); Public Interest Litigation: Making America Better One Lawsuit at a Time (three decades representing deserving clients who fight for their constitutionally protected rights and the rule of law); Is Trump the New Reagan (how much is the Trump presidency modeled after that of Reagan. 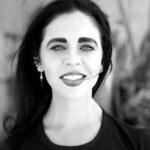 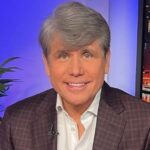 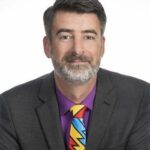 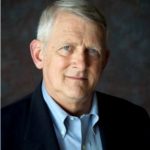 Want to bring William Perry Pendley, Esq. to your next event?  Please tell us a little about your event, and we will get back to you shortly!