Jennifer Moss is the award-wining author of “Unlocking Happiness at Work”, CBC News columnist, and international public speaker. Jennifer has taken the stage at highly-recognized stages and forums across the world, including multiple times at SXSW, the World Government Summit, TEDxWomen, and others. Jennifer speaks predominantly at workplace leadership events organized by the most successful companies in the world. She also consults these same companies on workplace and HR-related strategies in an ongoing capacity.

Jennifer is considered a workplace expert and has written over 50 articles and appeared in as many media interviews on the topic of workplace mental health and well-being. She has written eight articles for HBR on related topics, three of which were focused on burnout. Her article, Happiness is Not the Absence of Negative Emotions, was selected as the lead piece in the first of HBR’s Emotional Intelligence Series, When Passion Leads to Burnout was HBR’s fifth most popular article of 2019, and her latest article, Burnout is About Your Workplace, Not Your People was widely read and shared across social media channels. Jennifer writes professionally for a series of publications on topics relevant to workplace and HR-related issues including, SHRM, HRPA, and CHRPA. She is frequently asked to appear as an expert in their publications and speak to their associations.

In addition to writing and speaking, Jennifer is a researcher and consultant. She is a member of the United Nations Global Happiness Council – a small group of leading scientists and economists in their field. In this role, she provides research, relevant case studies, and content for the workplace chapter of the Global Happiness Council Policy Report (GHCPR). The GHCPR is unveiled each year at the World Government Summit in partnership with the World Economic Forum. This report sets the stage for future policy work, notably burnout, which has been a key theme for the committee. As part of their goal to ensure the UN’s sustainable development goals (SGDs) are met, tackling burnout for workplaces globally will be a major focus of the workplace chapter in this year’s report.

Throughout her career, Jennifer has received a variety of awards and accolades. Among her favourites: being named an International Female Entrepreneur of the Year in 2016, receiving a UK Business Book of the Year Award and being named Canadian Innovator of the Year, both in 2017. Jennifer was also honored with the Public Service Award from the Office of President Obama and attended his inauguration.

We can all agree; burnout is a growing problem. But, most leaders are unaware of how widespread the issue really is. According to Gallup, 23% of employees feel burned out at work very often or always, while an additional 44% report feeling burned out sometimes. That means about two-thirds of full-time workers in the US experience burnout on the job. Workplace stress totals the US $190 billion in lost productivity and causes nearly 120,000 deaths each year. Healthcare professionals are some of the most susceptible to burnout. In the US, suicide rates are 40% higher for male physicians and 130% higher for female physicians. Obviously, burnout is a major problem and the solutions we’ve explored have not yet worked. It’s time to rethink the way we are solving for burnout and Jennifer Moss, award-winning author, UN Global Happiness Council Member and workplace expert, has the strategy.

Jennifer’s new talk, Rethinking Burnout, is based on her upcoming book due out in early 2021, published by Harvard Business Press.  It tackles burnout from a new angle. First by removing the concept of self-care as a cure, and secondly, how employers can be more involved in the solution. Since the World Health Organization (WHO) included burnout in its International Classification of Diseases (ICD-11), it has recognized the term explicitly as a workplace phenomenon. For some, this may seem like just a small, inconsequential tweak in the definition of burnout, but in reality, it moves the responsibility for managing burnout off the individual and onto the employer. This small tweak is fast becoming a monumental shift in how organizations handle burnout today, and in the future of work.

Originating from Jennifer’s Harvard Business Review articles on the topic, Helping Remote Employees Manage Loneliness and Burnout, When Passion Leads to Burnout, and her latest, Burnout is a Workplace Problem, Not an Employee Problem, this talk will give leaders the opportunity to get ahead of this rapidly evolving issue with evidence-based strategies, case-studies, and the newest research on burnout. Attendees will leave with the tools to develop a healthy, happy, and high-performing workforce culture – one that is flourishing, not just surviving burnout. 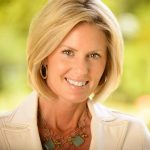 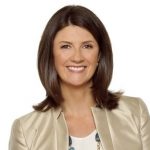 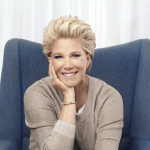 Want to bring Jennifer Moss to your next event?  Please tell us a little about your event, and we will get back to you shortly!